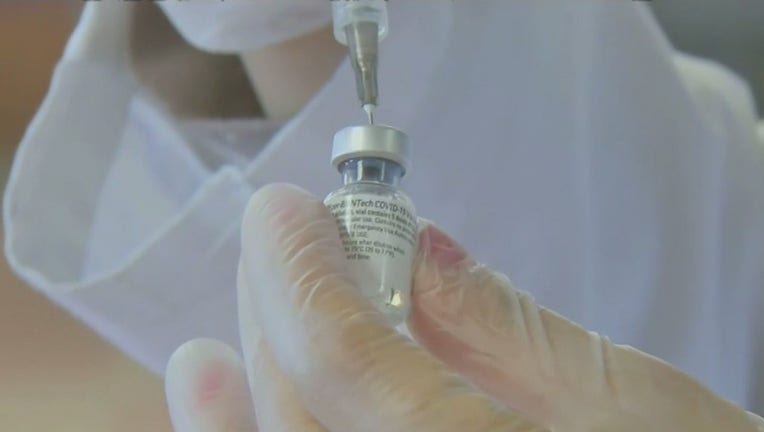 BUNNELL, Fla. - Flagler County officials say they’re out of the COVID-19 vaccine and they have no idea when more is coming in.

So far, the county has received two shipments totaling 1,700 doses and it went fast.

"Those are all gone – all accounted for – all delivered into people’s arms," said Jonathan Lord, Flagler emergency management director.

Lord says there’s been no word on when the county will receive more vaccine. Local officials say they’ve been warned that it could be very little over the next five weeks.

"Obviously, communities that have a larger population are getting more vaccines and it’s hard to argue with that as long as we get our proportionate share," Lord told FOX 35.

This all comes as coronavirus cases rise in the beachside area.

The state department of health officer in Flagler sounded the alarm during a commission meeting Monday.

Flagler County has around 36,000 seniors who are eligible to receive the vaccine and then there are all the people who need their second dose soon.

"We’re planning as if we’re going to be allowed to give second shots," Lord said.

But, he added that the rules for distribution may be changing. President-Elect Joe Biden’s team wants most vaccines out right away, instead of holding back the booster shot.

"There’s a lot changing at the national level as far as first doses and second doses. We have to follow whatever rules are given to us by the federal and the state government," Lord said.

For now, they wait and hope for news of a shipment.