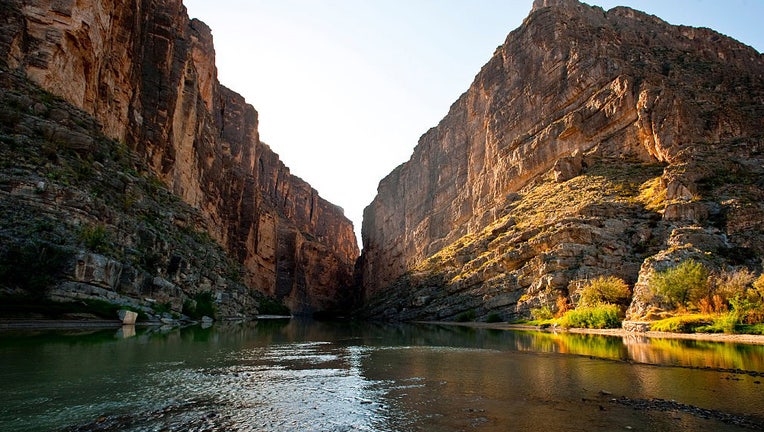 Five locations in the U.S. have been designated as some of the best places to travel in 2023.

National Geographic released its annual "Best of the World" list last week, which features what it calls must-see locations worldwide.

List curator and National Geographic senior editor Amy Alipio told Fox News Digital that the picks for each year are determined in collaboration with explorers, writers and editorial teams all over the world.

After 11 years of compiling the annual travel list, Alipio revealed that she and her team are "always looking for an interesting mix."

"We want to get people interested in other places that they might not have heard about," she said. 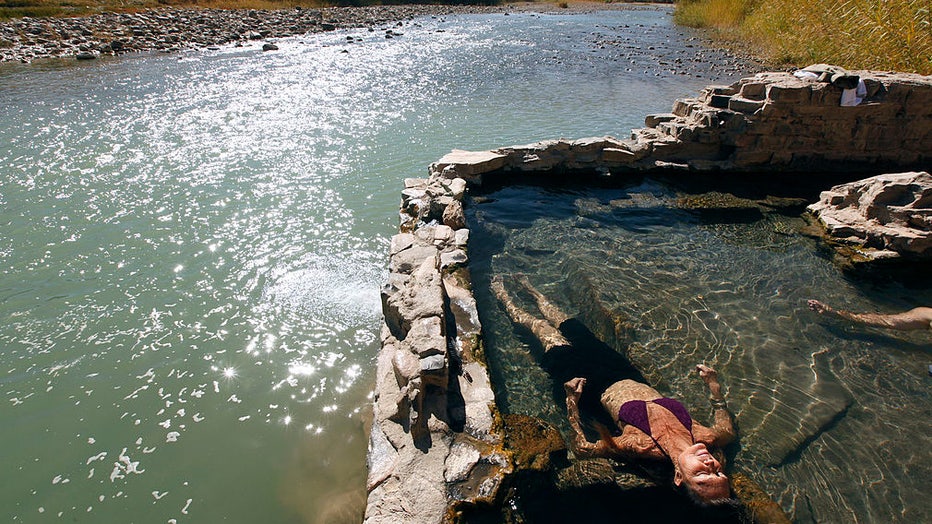 Big Bend National Park of Far West Texas made an appearance on NatGeo’s list in its nature category.

Although it’s one of the least visited national parks, according to Alipio, Big Bend has stunning views and wildlife features just as other popular outdoor destinations do.

"One of the reasons why we love that it was on the list this year was that because with a lot of the overcrowding that's going on at some national parks — like, for example, Yellowstone — Big Bend gets a fraction of the visitors that Yellowstone does," she said.

"But it has landscapes that are just as amazing."

Big Bend National Park sits at the border of Texas and Mexico, showing off its desert landscape and picturesque rivers.

6 BREWERIES ACROSS AMERICA THAT OFFER GREAT BREWS AND STUNNING VIEWS, TOO

The national park also has several "interesting" towns around it, including Marathon, Alpine and Marfa, said Alipio. 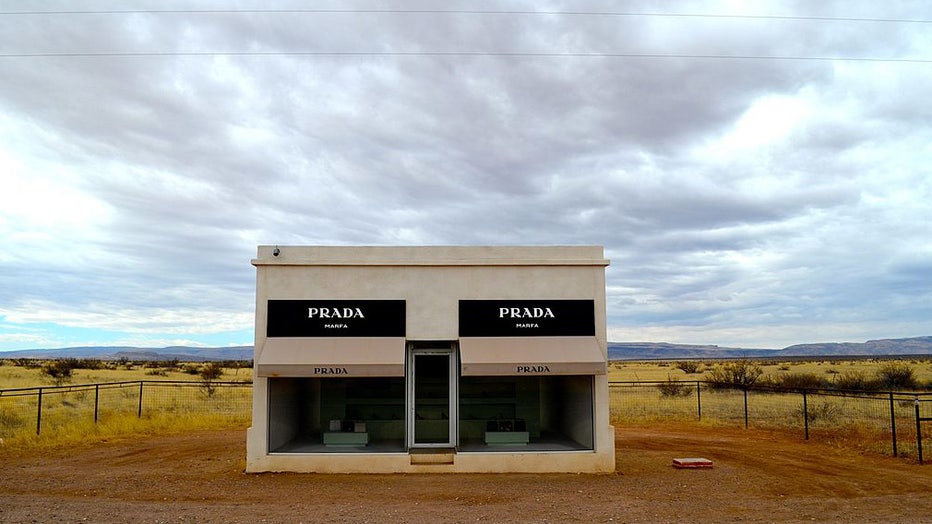 The Prada Marfa sculpture by artists Elmgreen and Dragset is pictured on March 3, 2014, near Valentine Texas. (Veronique DUPONT/AFP via Getty Images)

"It feels like you’re in a movie," Alipio said.

Wisconsin’s lake-side city of Milwaukee was mentioned in the list as NatGeo introduces a new community category.

KENTUCKY AIRBNB IS SUSPENDED FROM THE SIDE OF A CLIFF: ‘REIGNITES THE FLAME’ OF CHILDHOOD

The destinations listed under community are highlighted for giving back to locals through tourism. 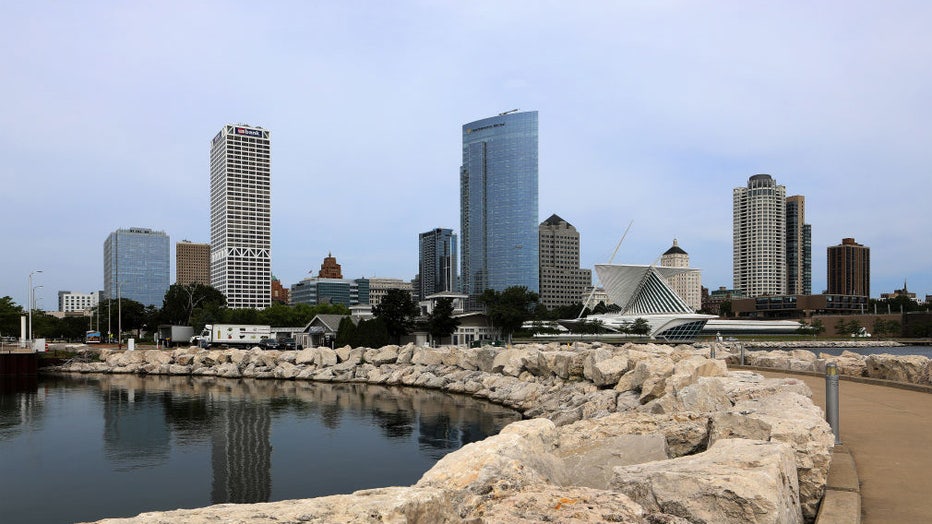 The Milwaukee Skyline in Milwaukee, Wisconsin on July 31, 2018. (Photo By Raymond Boyd/Getty Images)

Alipio pointed out that Milwaukee is so much more than its stereotype of "breweries and bratwurst."

"It's a lively city that supports its creative community," she said. 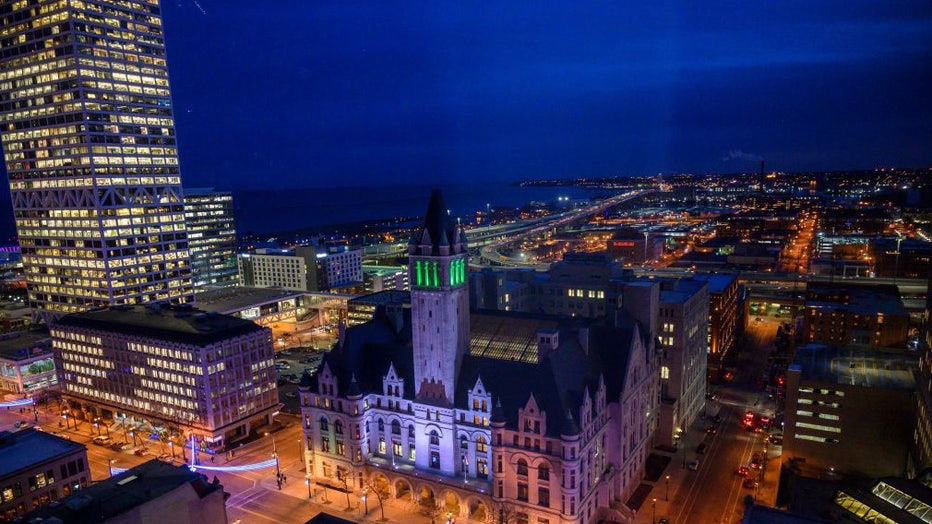 The Milwaukee skyline with Lake Michigan in the background is seen at night on January 6, 2020 in Milwaukee, Wisconsin. (Photo by ERIC BARADAT/AFP via Getty Images)

The city also plans to open a new African American art and cultural center in the revived traditional neighborhood of Bronzeville.

"There's always a place on the list that kind of makes you go, ‘Who knew about this place?’" she said.

"And here — Milwaukee — we have it as this Great Lake city to watch."

The entire state of Utah was noted as a place to visit for maximum adventure.

The western state is known for its variety of outdoor excursions, from paddle boarding to mountain climbing, and its overall gorgeous landscape. 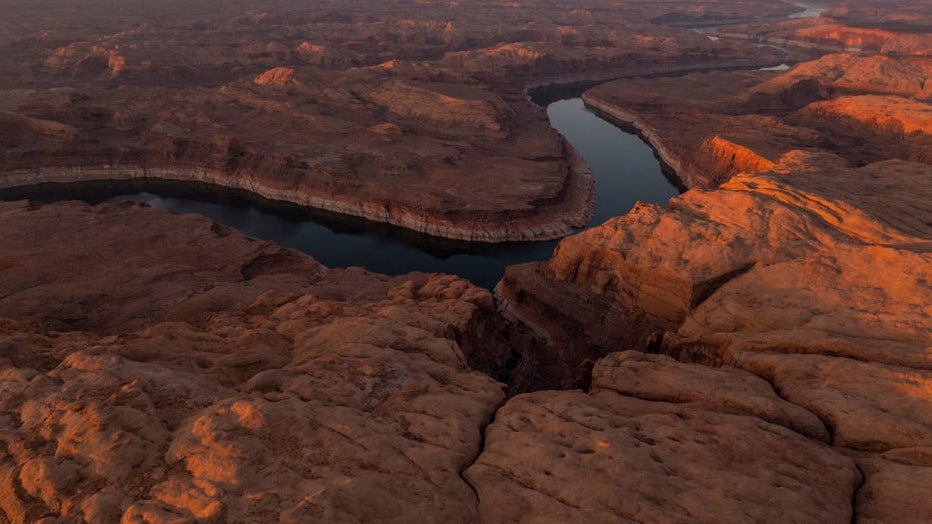 In an aerial view from just outside of Glen Canyon National Recreation Area, Lake Powell is seen on September 8, 2022 near Ticaboo, Utah. (Photo by David McNew/Getty Images)

NatGeo’s list encouraged readers to get their "adrenaline rush" in the less visited areas of Utah.

While visitors seek out popular Utah stops such as Zion National Park, Alidio said the state is working to override issues of overcrowding by building out the park’s east side entry and opening a visitors’ center. 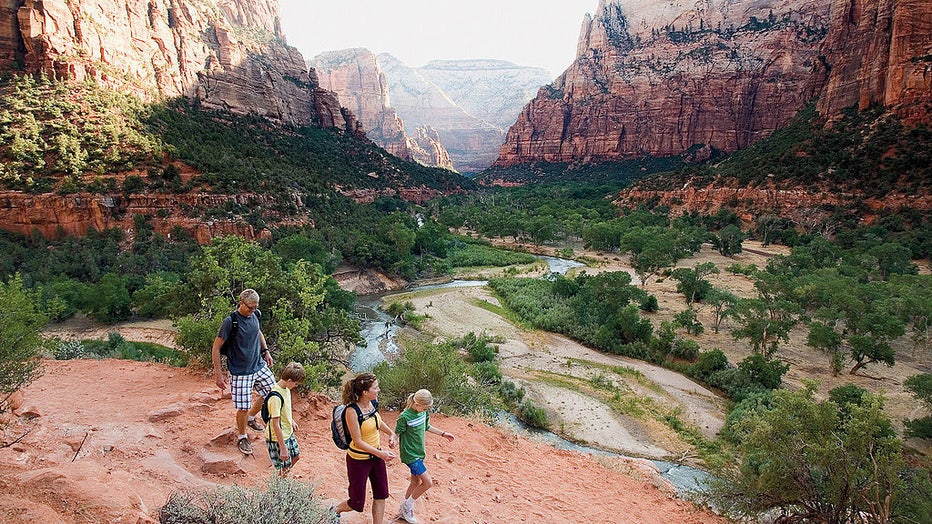 "It’s just as beautiful," she said.

"They’re promoting other areas of the state as well where you can have just as amazing adventure experiences."

The east side of Zion is often known as the quiet side, according to VisitUtah.com, with closer access to other sites like Bryce Canyon National Park, Cedar Breaks National Monument, the Grand Staircase Escalante National Monument and the Grand Canyon's North Rim.

Charleston is well-known for its southern charm.

NatGeo added the South Carolina city to its list under the culture category, noting the thrill of exploring Charleston’s low country cuisine and cultural history.

"We all love Charleston for its food and architecture and its setting there in South Carolina," Alipio said. 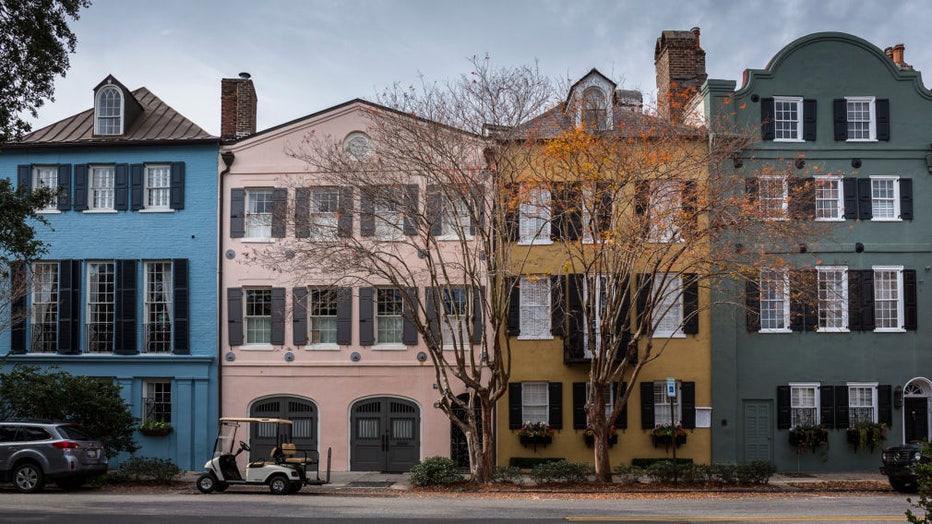 But Charleston is also highlighted now for acknowledging the city’s "less than ideal" history in slave trade, Alipio mentioned.

AMERICA'S TOP 5 HIKING CITIES, ACCORDING TO A NEW ANALYSIS

"There are lots of stories there of tragedy," she said. "But also, stories of triumph as well."

The city is also home to a genealogical center where people can research family history and heritage. 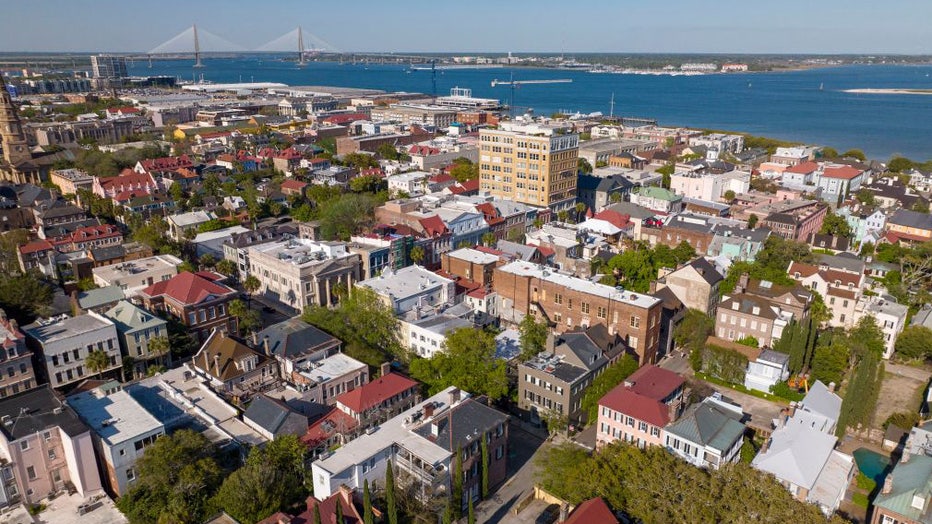 Historians believe that nearly 90% of Black Americans can trace an ancestor back to Charleston, according to Alipio.

"This is a really important place in American history, and we wanted to shine a light on this destination for that reason."

San Francisco's Crosstown Trail made an appearance on the list for being family-oriented.

TRAFFIC IS NOW THE WORST IN THESE 5 U.S. CITIES – IS YOURS HERE?

Even though San Francisco is already a popular spot, Alipio shared that the city has re-imagined its outdoor spaces. 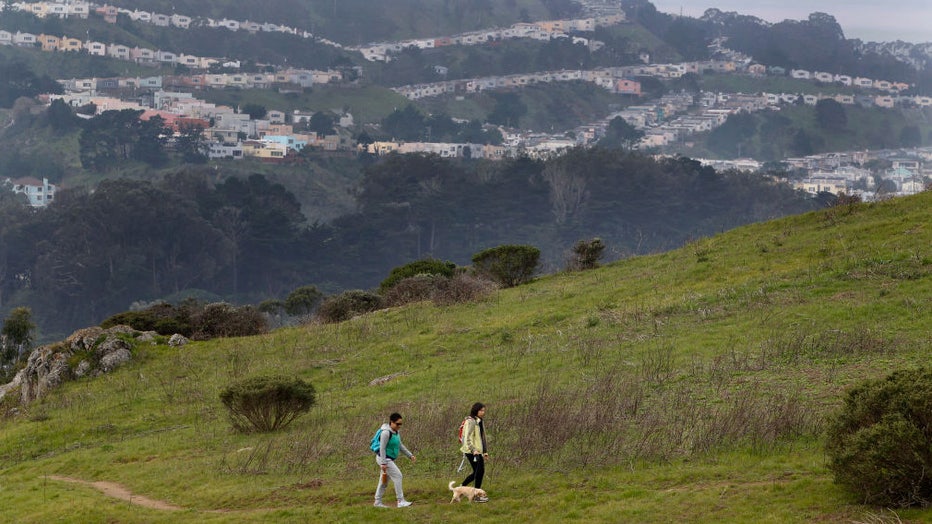 "You don't have to go out really remote or have special gear to go hiking," she said.

"An urban trail is right there as close as your neighborhood basketball court." 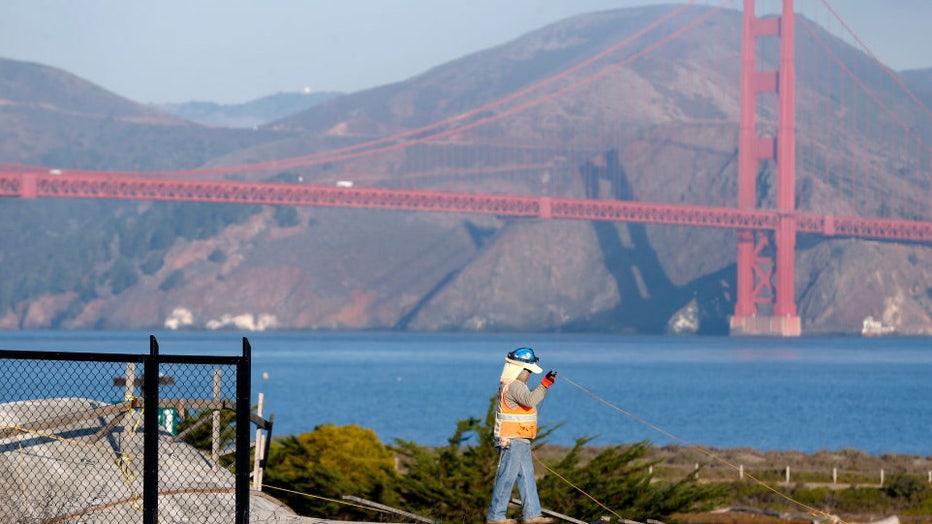 San Francisco also opened the Presidio Tunnel Tops this past summer, which were built on top of former freeway tunnels on the bay within Presidio National Park.

The new attraction offers a stunning view of the Golden Gate Bridge, as well as a nature center, playgrounds, food trucks and sites to start a campfire.

The full list from National Geographic is divided into five categories, each geared to different traveling styles: culture, nature, adventure, community and family.