A pickup truck backed into a Chuck E. Cheese restaurant on International Drive in Orlando. A women's restroom took the brunt of the damange, but thankfully, no one was seriously injured.

ORLANDO, Fla. - The Florida Highway Patrol is investigating after a truck crashed into a Chuck E. Cheese restaurant on International Drive in Orlando on Monday.

“This was kind of a freak thing for that pick-up truck to travel in reverse and crash into the building,” Orange County Fire Rescue Public Information Officer Mike Jachles said. “It was captured by the store’s surveillance camera, which was ironically right about where the truck crashed into.”

Orange County Fire Rescue officials say a truck crashed into a Chuck E. Cheese on International Drive in Orlando. Officials say no one was inside the women's bathroom, which is where the truck ended up. 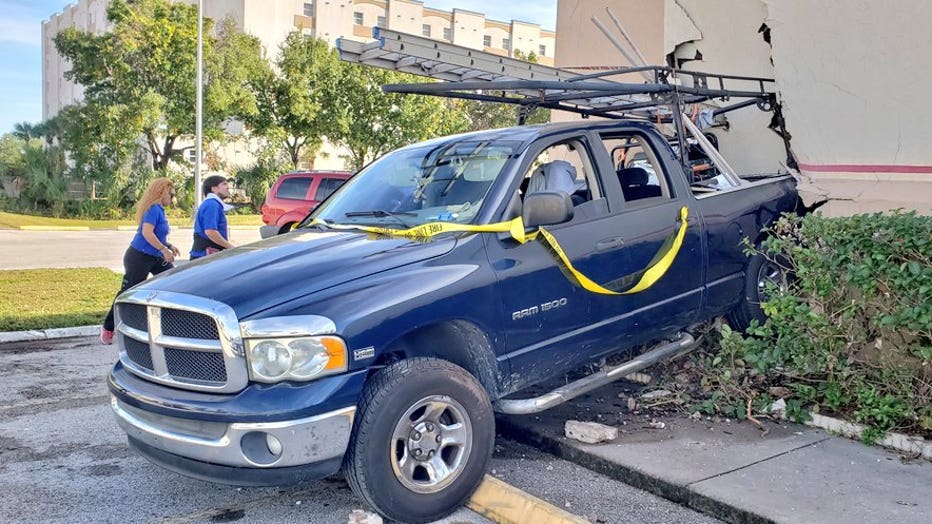 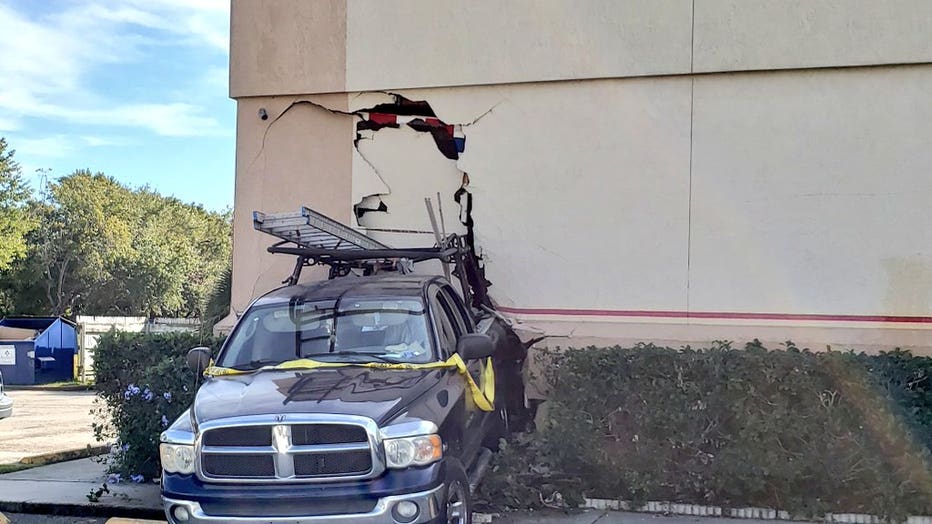 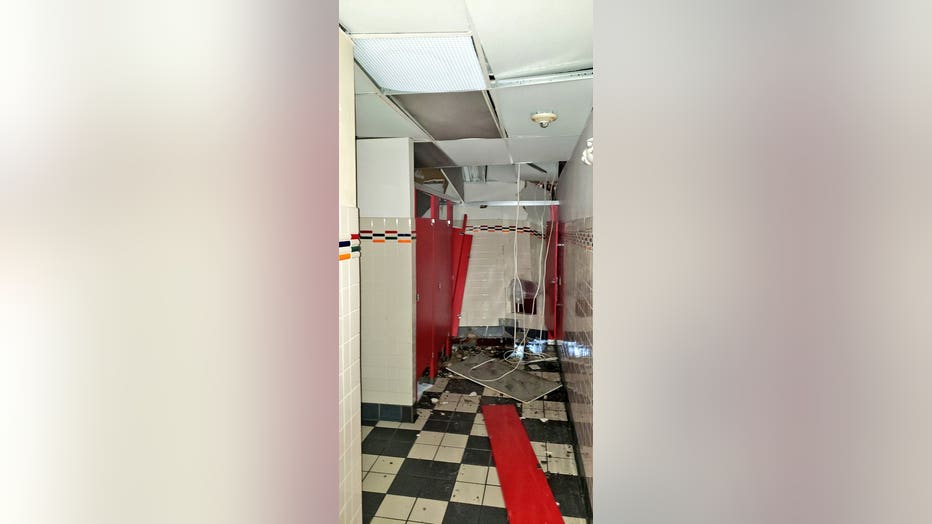 The driver of the truck has been charged with not having a license and improper backing. The truck slammed into the restaurant’s women’s bathroom.  Officials say no one was inside the bathroom at the time.

“The driver of the truck was not injured,” Jachles said. “Fortunately, for the time of day, it was early in the day on a Monday. There probably couldn’t have been a better time if this was going to happen, to happen.”

The Chuck E. Cheese was closed for a good portion of the day after the crash.