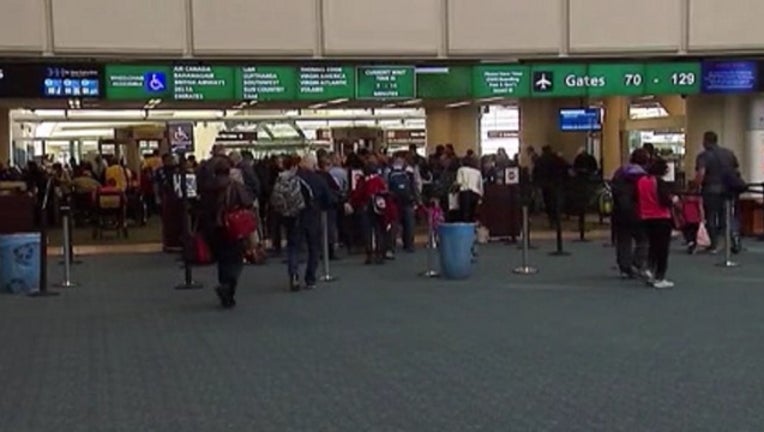 FOX NEWS - The internet is up in arms over this airplane etiquette question: “Does the person sitting in the middle seat on the airplane get both armrests?”

“The Rich Eisen Show” tweeted out this contentious personal-space poll on Thursday morning, racking up more than 107,000 votes — and sparking fierce debate from both middle-seat supporters and haters.

As seating spaces continue to shrink, it’s a topic frequent flyers are passionate about.

“Yes,” self-proclaimed “travel fanatic” Dylan Connolly tweeted back, to the tune of 1,100 likes. Plane etiquette, Connolly says, clearly requires that the middle seat gets both armrests, since the window seat gets to lean on the window, and the aisle can enjoy extra leg room and the left-hand armrest.

@KingLeonidas199 heartily agreed: “We live in a society were not [expletive] animals.”

“I hardly ever sit in the middle and I always yield my armrest to the middle seat passenger,” fellow Twitter user Crazy Diamond chimed in, to much backlash.

For former NFL player Ross Tucker, the answer to whether or not middle seaters get the armrest is personal.

“Not if they’re sitting next to me, that’s for sure,” says the sports podcaster who stands 6 feet, 4 inches and weighs 310 pounds. Fair enough, the guy requires some space. But some commenters just weren’t having it.

“No wonder why it’s the Wild West every time I get put in a middle seat,” raged @JDTNTC. “Have some respect people.”

One thing isn’t up for debate: Armrests are not for feet.