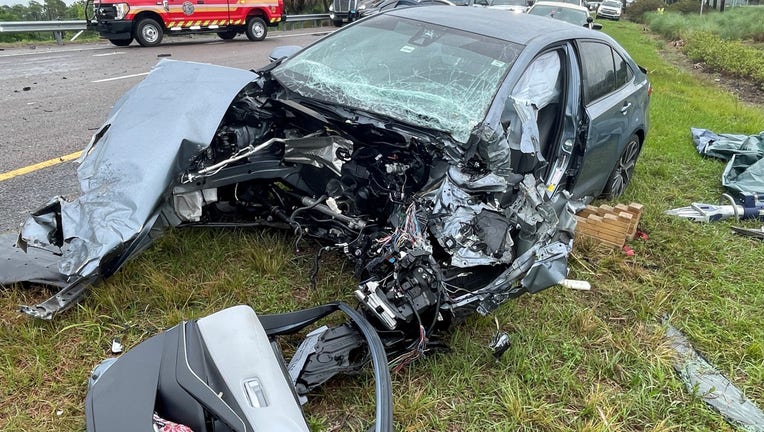 WINTER GARDEN, Fla. - A car's engine was thrown into oncoming traffic after getting into a crash with a semi-truck in Winter Garden, the Florida Highway Patrol said.

According to FHP, a sedan was traveling northbound on SR-429 and lost control, traveled through the grass median and struck a semi-truck head on. 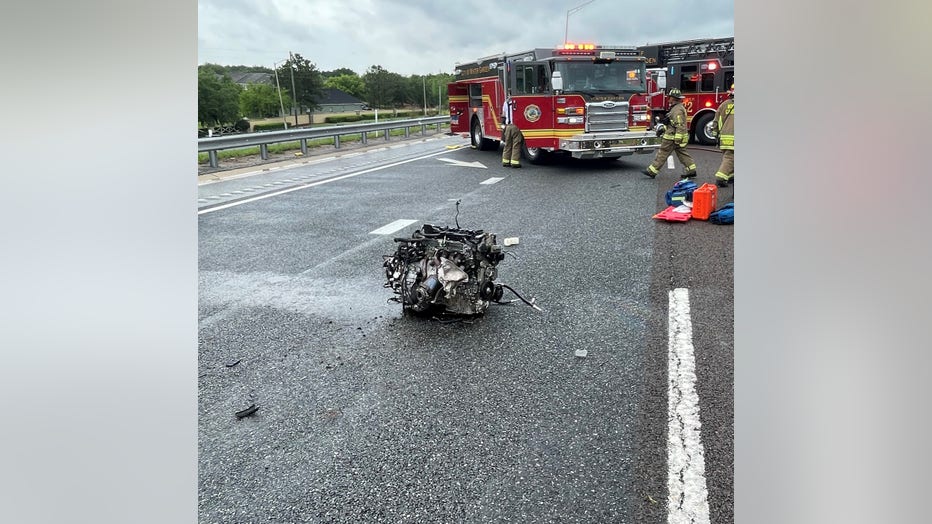 The engine from the sedan dislodged and flew out of the car and hit an SUV before landing in the road.

Troopers say the semi-truck ended up hitting a guardrail. The driver of the semi and the SUV were not injured.

The driver of the sedan was taken to the hospital with critical injuries.