Nineteen of the company's models over the last seventeen years risk brake failure, according to a report filed in July with the National High Traffic Safety Administration. The report states that the vehicles are equipped with inefficient brake fluid reservoir caps that may not cause vent pressure efficiently. These faulty caps can create a vacuum "that could potentially leak brake fluid, which may lead to partial or total loss of braking capability."

In order to remedy the issue, the company must replace the current reservoir caps on the cars and install new software in the vehicles to provide warnings if a brake fluid leak occurs. The company estimates that only one percent of the car being recalled are affected by this issue. 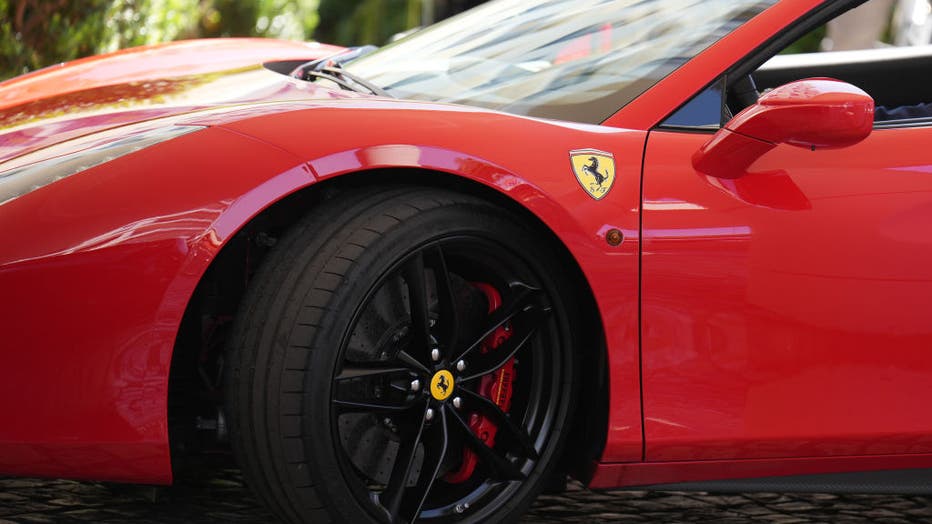 FILE - Close-up view of a Ferrari red car logo, during the 75th annual Cannes film festival on May 20, 2022, in Cannes, France. (Photo by Edward Berthelot/Getty Images)

Ferrari suggests that if current drivers experience a low brake fluid warning they should immediately "pull off the road as soon as it is safe to do so, and then contact Ferrari Roadside Assistance and get towed to the nearest authorized Ferrari dealer."

The recall represents a sizable portion of all cars sold by the Italian manufacturer over the last seventeen years in the United States.

The only models sold since 2005 that were not included in the recall report are the 575M Maranello, 599 GTB, SF90, and 296. Customers affected by the recall may reach out directly to the company via their website for assistance.