A war of words continued on Tuesday between the White House and Gov. Ron DeSantis as to why Florida has used only half of its COVID-19 vaccines.

ORLANDO, Fla. - Governor Ron DeSantis made it very clear Tuesday that he’s not OK with what the new White House press secretary said about Florida.

"That’s disingenuous. We’re number one in the country for doses per capita for the top 10 most populous states, that’s according to CDC data," Governor Ron DeSantis said.

"I will note that we are data first here, facts first here. They’ve only distributed about 50% of vaccines they’ve given there in Florida. So, clearly, they have a good deal of the vaccine. That supply will need to continue to increase as they are able to effectively reach people around the state," Psaki said.

Gov. DeSantis said he’s not changing the way that Florida holds back some of its vaccine supply.

"We’re not going to divert second doses away from seniors," DeSantis said.

It’s not just the White House questioning DeSantis. Nine members of Florida’s congressional delegation, including Rep. Darren Soto, signed a letter to DeSantis four days ago expressing their concerns, too. 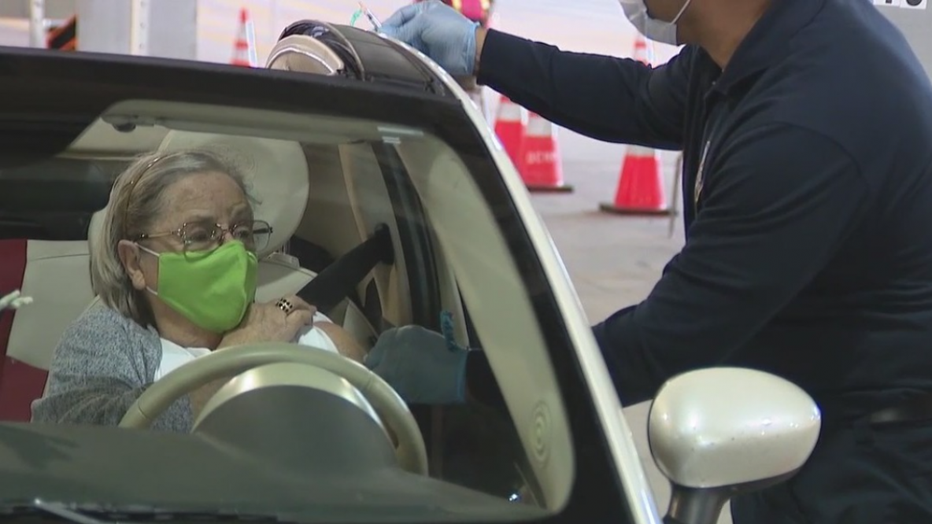 "It’s really seeking transparency on the methodology on how different counties are getting the amount of vaccines they’re getting," Congressman Soto said.

He also believes that Florida should be getting shots in arms as soon as possible, not holding back second doses.

"It wasn’t just the Biden administration, it was the Trump administration that says you should use your second doses already. You shouldn’t hold them back. So, there’s bipartisan support for doing this so the governor really needs to get with the program on this," Rep. Soto said.

Late Tuesday afternoon, President Joe Biden announced that states will start receiving 17% more vaccine and that the federal government will give them three weeks of advance notice on how many vaccine doses they will be receiving.

DeSantis has not yet said if these new developments will change his mind on holding back second vaccine doses for seniors.