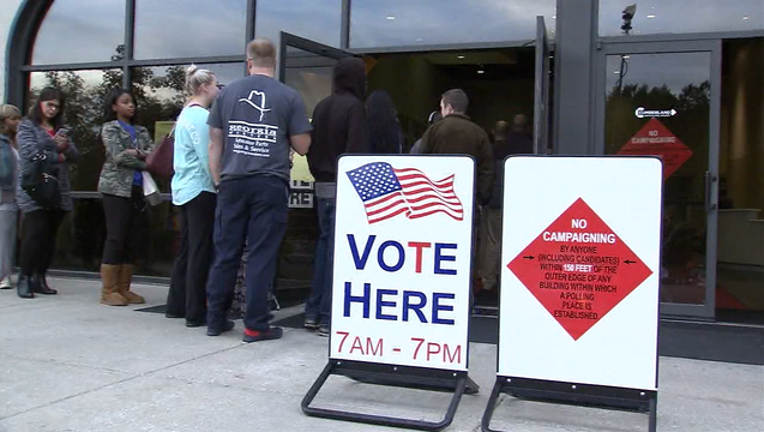 TALLAHASSEE, Fla. (AP) - Federal authorities have told Florida election officials that they saw no signs of any "new or ongoing compromises" of state or local election systems, a statement seemingly at odds with recent assertions by U.S. Sen Bill Nelson of some Russian meddling.

A joint letter Monday by the Federal Bureau of Investigation and the Department of Homeland Security comes after the Democratic senator said earlier this month that Russians had penetrated the systems of certain Florida counties and "have free rein to move about" ahead of this year's election.

Russian hackers targeted at least 21 states, including Florida, during the last election. While many details of the 2016 hacking efforts have remained murky, an indictment last month said Russian operatives sent more than 100 fake emails to elections offices and personnel in Florida. State officials have never acknowledged how many counties were targeted by the Russians that year.

Nelson drew national attention and the ire of Florida officials when he contended that Russians were currently in the election records of some counties. He made the comments after being asked about a rare warning that both he and U.S. Sen. Marco Rubio sent to state election officials earlier this summer.

Republican Gov. Rick Scott, who is running against Nelson this fall, demanded proof. And state officials pressed federal officials for confirmation. U.S. Sen. Richard Burr, head of the Senate intelligence committee, and Rubio, the Florida Republican who sits on the committee, declined to either confirm or deny Nelson's statements. Nelson stuck by his comments but declined to answer detailed questions, saying the information is "classified."

"Although we have not seen new or ongoing compromises of state and local election infrastructure in Florida, Russian government actors have previously demonstrated both the intent and capability to conduct malicious cyber operations," the letter states. It added that the agencies will notify any victim of an election system hack anywhere in the country.

Scott seized on the letter to criticize Nelson, saying that the 76-year-old senator "has either been deeply confused or very dishonest - and an alarming possibility exists that he is both on this issue."

"It is irresponsible and reckless that Bill Nelson would attempt to undermine the voters' confidence in their county elections systems by making confusing statements while campaigning and then walking away with absolutely no explanation," Scott said in a statement released by his campaign.

Ryan Brown, a spokesman for Nelson, downplayed the significance of the letter.

"In my opinion, there's nothing in this letter that contradicts what Sen. Nelson said he was told a few months ago, and what he and Sen. Rubio have tried to warn about in order to guard against Russian meddling in our elections," Brown said in an email. "The governor of Florida has a security clearance and could have quickly and directly received information, answers and posed any questions instead of engaging in these confusing and partisan histrionics of the past week."

Florida did an information security risk assessment of several agencies in 2017 but the final report is confidential.

Scott in May ordered the hiring of special election security consultants after Florida legislators rejected his request for nearly $500,000 to create a stand-alone cybersecurity unit in the Department of State, which includes the state Division of Elections.