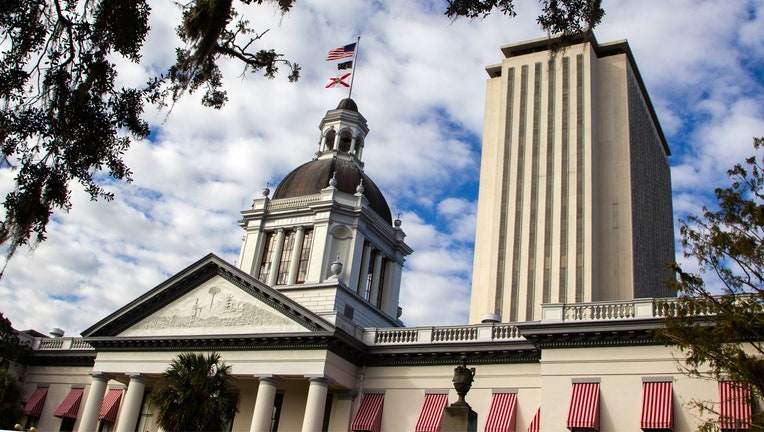 A view of the historic Old Florida State Capitol building, which sits in front of the current New Capitol, on November 10, 2018 in Tallahassee, Florida.

TALLAHASSEE, Fla. - The FBI in Jacksonville, Florida is ready to respond to any threat of violence or criminal activity, as state capitols across the United States prepare for potential protests.

The Special Agent in Charge of the FBI Jacksonville, Rachel Rojas, put out a statement saying that "my team stands ready to respond to any threat of violence or criminal activity that falls within our federal jurisdiction."

She added that "we will not tolerate those who seek to wreak havoc in our communities, and we have deployed our full investigative resources to this effort. This includes, but is not limited to hundreds of agents and analysts who are working around the clock to hold accountable those who were responsible for the violent actions at the U.S. Capitol."

The FBI also advised that those who feel they are in imminent danger at any point, call 911. You can also reach out to the FBI Jacksonville at 904-248-7000 and request to speak to an agent on duty. If no one is available, contact FBI Jacksonville Public Affairs Officer Amanda Videllat 904-349-7750 or awvidell@fbi.gov.

The order, which will remain in effect until January 24, comes just over a week after the violent riots at the U.S. Capitol Building and warings from the FBI that armed protests are possible at all 50 state capitals ahead of the inauguration of President-Elect Joe Biden.

The Governor signed an executive order on Friday activating the National Guard until January 24th.

Last week, supporters of President Donald Trump stormed the U.S. Capitol as members of Congress met to certify electoral votes that finalized Biden’s victory. It also came as authorities in Washington, D.C., Tallahassee and other state capitals prepare for potential protests this weekend or early next week.

Local officials on Thursday ordered Tallahassee City Hall and the Leon County Courthouse, which are each across the street from the state Capitol, to close Tuesday and Wednesday in anticipation of possible protests. Biden and Vice President-elect Kamala Harris will be sworn in Wednesday in Washington.