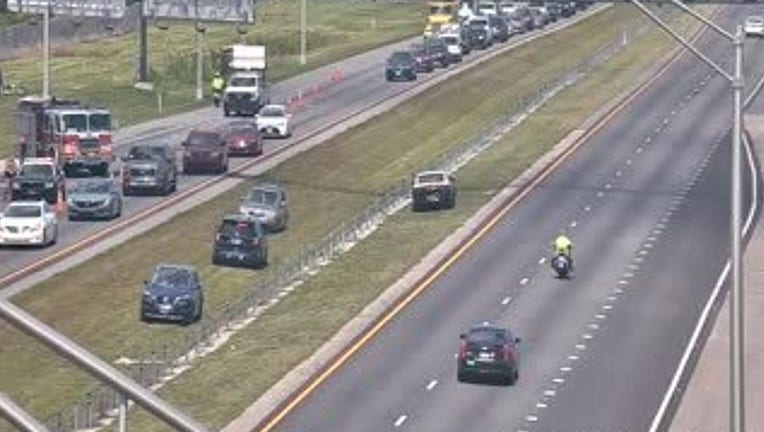 The crash shut down two westbound lanes of State Road 528 in Orange County late Wednesday afternoon.  The area impacted was just west of the interchange with State Road 520 and east of Dallas Blvd.

Troopers arrived just after 3 p.m. at mile marker 26 to find one person who was pronounced deceased at the scene.

According to a report, the septic truck was traveling westbound and for an unknown reason left the roadway.  Troopers said the truck then struck a traffic sign lightbox and a concrete poll before it overturned.  The driver was ejected from the vehicle.

The identity of the deceased has not been released but he is described as a 57-year-old man.