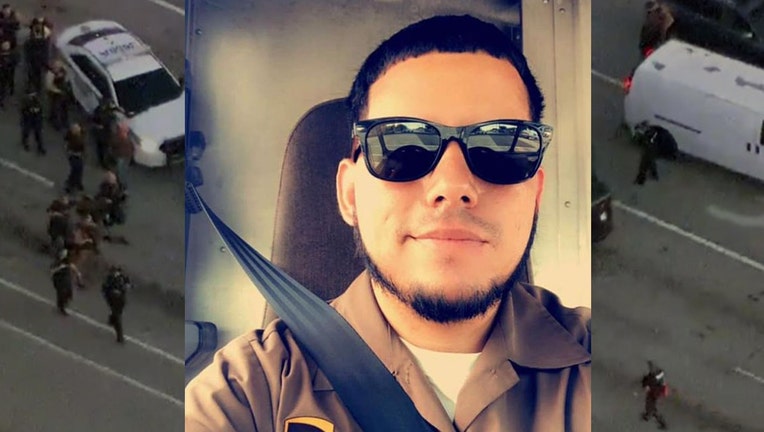 FORT LAUDERDALE, Fla. - A family is suing over the fatal December shooting of a Florida UPS driver who was taken hostage by two robbers and killed in a torrent of gunfire after he and the suspects got stuck in rush-hour traffic.

Attorneys representing the two young daughters of driver Frank Ordonez, who died in the Dec. 5 nationally televised shootout, said in the lawsuit that officers acted negligently both during the long chase that preceded the gun battle and when they opened fire on a crowded suburban Fort Lauderdale street.

Attorneys Michael Haggard and Adam Finkel said the officers should have stopped the van in an uncrowded area, negotiated with the robbers before firing and not shot into the van while Ordonez was alive inside. They are also suing on behalf of Carlos Lara, who was wounded as he sat in a car. A third man, 70-year-old Richard Cutshaw, was fatally struck by a stray bullet as he drove nearby. The two robbers also died.

The attorneys said a primary goal of the state lawsuit, which is seeking unspecified monetary damages, is to obtain police radio transmissions and body camera video.

MORE NEWS: 'He was such a driven young man': GoFundMe started to help pay for funeral of Starflyer worker

“The Ordonez and Lara families — and the public — have the right to know what happened, and how law enforcement reacted on this tragic day,” Haggard and Finkel said in a statement, declining further comment.

The lawsuit is against six agencies: the Miami-Dade, Doral, Miramar and Pembroke Pines police departments, the Broward Sheriff’s Office and the Florida Highway Patrol. The Broward Sheriff’s Office said Wednesday it was not involved in the shootout. The other agencies all declined comment, saying the shooting remains under investigation, or failed to respond to an email seeking comment.

The tragedy began when 41-year-old cousins Lamar Alexander and Ronnie Jerome Hill robbed the Regent Jewelers store in Coral Gables. Police said in December that shots were being fired inside the store when officers arrived, summoned by a silent alarm. A store worker was hit in the head by a ricocheting bullet, police said.

The robbers fled into a nearby neighborhood, where they hijacked Ordonez, 27, who was delivering packages.

A rear door of the UPS van was partly open, as well as the driver and passenger-side doors, enabling gunfire along the way. The van finally stopped in a middle lane at a busy Miramar intersection, caught behind a wall of vehicles waiting for the light to turn green.

Witnesses told The Associated Press then that gunfire suddenly erupted as officers ran between cars toward the van.

Policing experts told the AP in December the officers were in a tough spot. It appeared the robbers were firing from the van, endangering the officers, Ordonez, nearby drivers and their passengers. The officers needed to contain the robbers to the van so that they couldn’t run to another vehicle and take new hostages, the experts said.

Investigators have not said if Ordonez was shot by the police, the robbers or both.