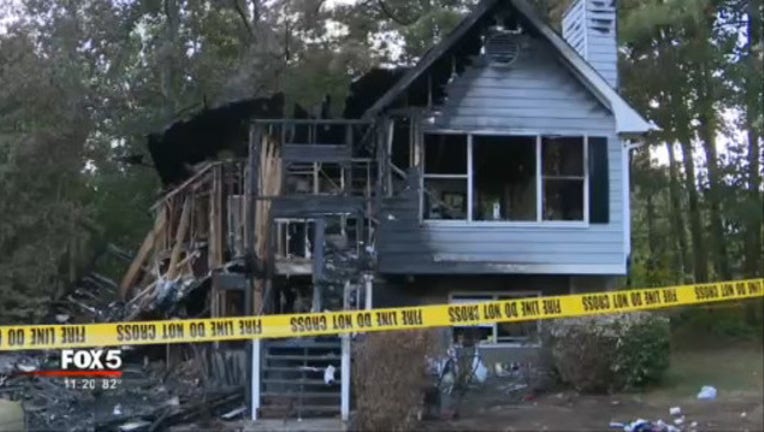 Ramic's brother, Aveija Ahmetoviz, said that fire will forever haunt the dreams of their heartbroken family.

"[It's a] nightmare," he said. "The worst thing I could ever imagine."

The smell of smoke lingered even 48 hours after the blaze on Rockmill Court.

Family, friends and neighbors stopped by throughout the weekend to see what's left of the home and pay their respects.

Some visitors were gripped by grief; others, even strangers, were moved to take action.

"It's tragic, it's so close to home, you know the family is in need," said Natalie Szlachetka, a fellow Gwinnett County resident. Szlachetka is working to deliver a collection of donations to the family.

"There was [an] outpouring of people asking for what the family needed," Szlachetka said.

Another stranger to the family helped during Friday's chaos, looking after one of the youngest children.

"Just thinking, those kinds of things can happen to anyone at any time, and it could happen to us," said Jennifer Contreras, a neighbor. "So, we would want others to help us on anything that they could."

At least ten people are displaced by the fire, including a handful of young children.

As for the cause of the fire, that is still being investigated.

Ahmetoviz said the family called Atlanta Gas Light Friday morning; a worker surveyed the house and permitted the family to go back inside. Two hours later, he said, the house burst into flames.

Atlanta Gas Light confirmed that an employee was at the home Friday morning and left it in "a safe condition."

You can help the family here.