TAMPA, Fla. - Receiving a life-changing diagnosis can turn a family’s world upside down. Kobe Washington, an 8-year-old boy from Punta Gorda, was diagnosed with leukemia just over six months ago. He and his family have been fighting hard, but now they’re hoping the kindness of strangers may save Kobe’s life.

Kobe learned he had T-cell lymphoblastic leukemia back in August. And with chemotherapy no longer working, he’s in desperate need of a blood stem cell transplant.

"Right now, there is no one in the system that is matching him to be a donor for him," said his mother, Imeria.

Doctors say the transplant is the only real cure for the little boy; the problem is that finding a match like that isn’t easy. Because African Americans only make up four percent of the registry, his chances are incredibly small.

"He only has a 23 percent chance to find his match in the current registry today," Imeria said.

How you can help Kobe

"His match could be found in Germany, France, it could be found anywhere, but right now there is no one in the system," she said. "That’s why this is so important."

The family is hosting a ‘Be the Match’ event, encouraging the public to come out and see if they are a match for 8-year-old Kobe.

Those who show up will be asked to register for the Be a Match database. They then will be asked to swab their cheek from the safety of their car, and then turn in the swab to a Be the Match representative before they leave. 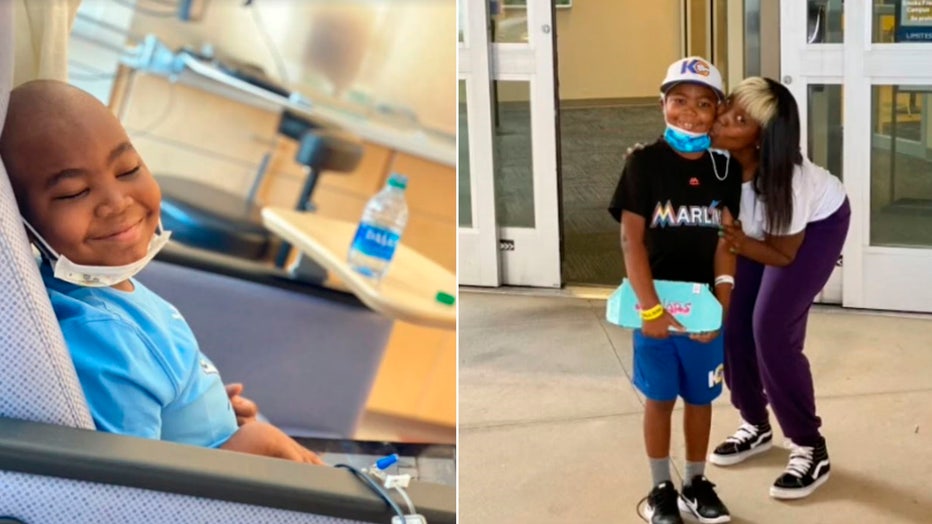 The process is quick, easy, and free and could save Kobe’s life, or someone else’s.

Elizabeth Melachrinoudis works for Marrow Mates Inc, helping patients like Kobe find their match. She explains how simple the process is to register, and what happens if you get that call.

"Eighty percent of the time, you’ll donate peripheral blood stem cells, which is similar to donating platelets or plasma," she said. "It takes about 4 to 6 hours but you can go home that same day. It’s an outpatient procedure and very similar to if you’ve ever donated platelets. Twenty percent of the time it’s a donation of marrow and they make small holes in your ileac crest in your hip, and that is an outpatient procedure – it’s a little bit rougher but it’s also less common."

Kobe’s parents want to erase the stigma that it’s a painful procedure.

"They’re not taking a limb, you’re not going to be hospitalized," said Kobe’s father, Jordan. "The most that’s going to happen is you’re going to be sore for maybe three days."

"At one point in time every week, if not twice a month, he was going down to have a bone marrow biopsy done," Imeria said. "So if an 8-year-old child can do that just for a testing, we can do that just to save a child’s life."

The event is being held in the Sears parking lot at Westshore Plaza Mall in Tampa on Saturday from 9 a.m. to 2 p.m. Those who would like to register for the database but are not able to make it to the event can text KOBE to 61474 for a kit to be sent directly to their home address.

"Be The Match" registry encourages those between the ages of 18 and 44 to register for free, noting transplant doctors prefer younger donors. If you’re 45 and older, you can still join, but it will cost $100.