A nature center in Lake County was destroyed by vandals, authorities say. Items were ransacked and damaged, and the center's executive director says the cost for repairs could be up to $8,000.

EUSTIS, Fla. - Eustis Police are searching for whoever broke into and vandalized the Trout Lake Nature Center.

“It was just like a stab in the heart and kick in the gut because it was just senseless want and destruction for no reason,” Trout Lake Nature Center Executive Director Eileen Tramontana said.

Workers found the damage Monday morning. The whole place was ransacked. A laptop was found broken and burned, and there were holes in walls. Their golf cart was used for a destructive joy ride.

“We don’t have a lot things that most people would value,” Tramontana said. “It’s valuable for us for educational programs. Mounts are very difficult and expensive to replace.”

The vandals also tore up and damaged some of the nature center’s taxidermy mounts.

The center’s executive director said repairing the damage will cost up to $8,000.

Trout Lake is a non-profit nature education center that sees countless visitors throughout the year.

“It’s been hard because we’ve been struggling to stay open as all non-profits and businesses in the COVID world are doing,” Tramontana said. “We’ve kept our trails open. We want to be a place where people can come and get a breath of fresh air and relax.” 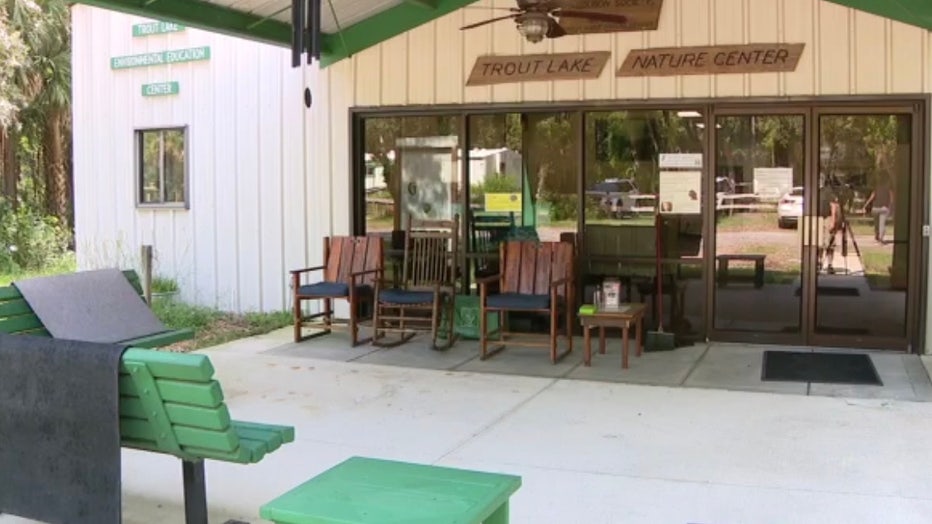 Eustis Police are investigating. They said they have suspects, but are not naming them yet.

Workers at the nature center say there is no reason for this type of damage.

“I believe they will truly regret it and karma kind of comes back and gets ya,” Tramontana said.

The executive director said she’ll have to install a security system to protect the property.

The nature center will reopen on Friday.