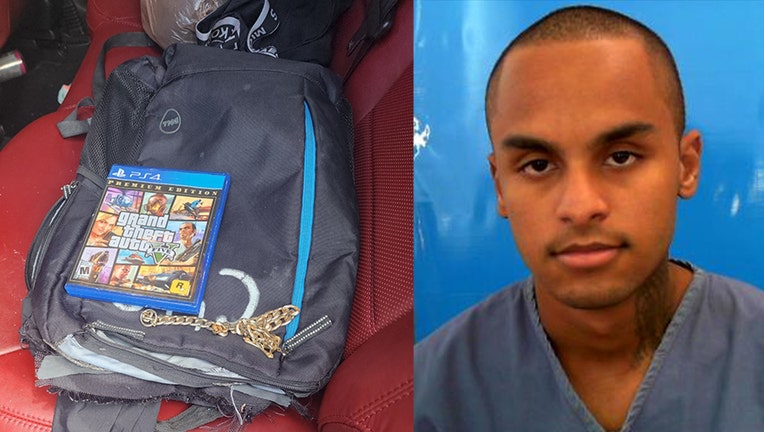 RUSKIN, Fla. - An inmate who escaped from work detail in Tarpon Springs was found sleeping in a stolen vehicle at a Hillsborough County rest stop, according to the highway patrol. Among his possessions was a disc of the popular video game "Grand Theft Auto."

The vehicle was reportedly stolen from Orlando early Monday morning. Around 10:30, the vehicle's owner notified FHP that he'd received a location alert from his 2021 Mazda CX5 SUV, which appeared to be parked at the 238 milepost rest stop in southern Hillsborough County.

Troopers said they found 23-yaer-old Quinton Deishawn Lampkin asleep inside the vehicle. He had reportedly taken off from a department of corrections work detail in Pinellas County back on September 5. 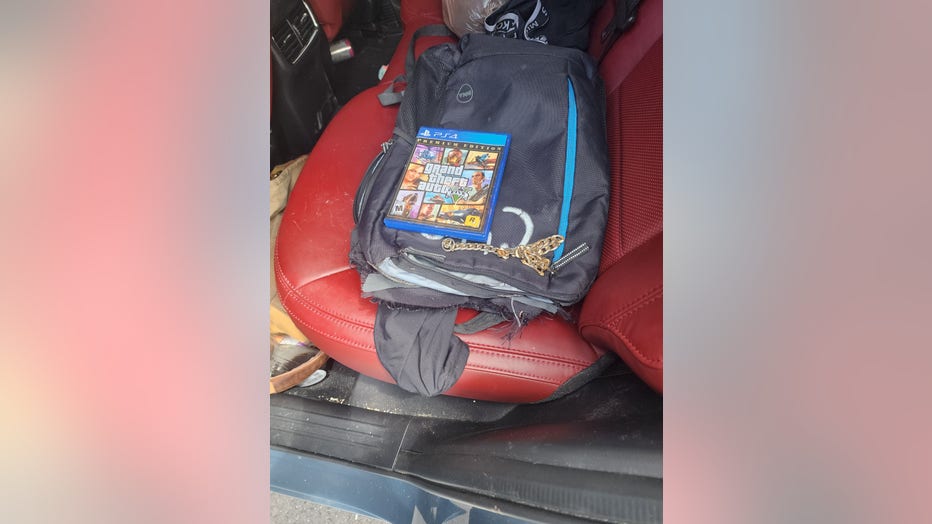 Officers said Lampkin refused initial orders to get out of the car, but eventually complied.

He was arrested and charge with grand theft auto, providing false information, and resisting without violence. Lampkin was detained at the Hillsborough County jail.

The owner of the stolen vehicle went to the rest area and recovered his undamaged vehicle.