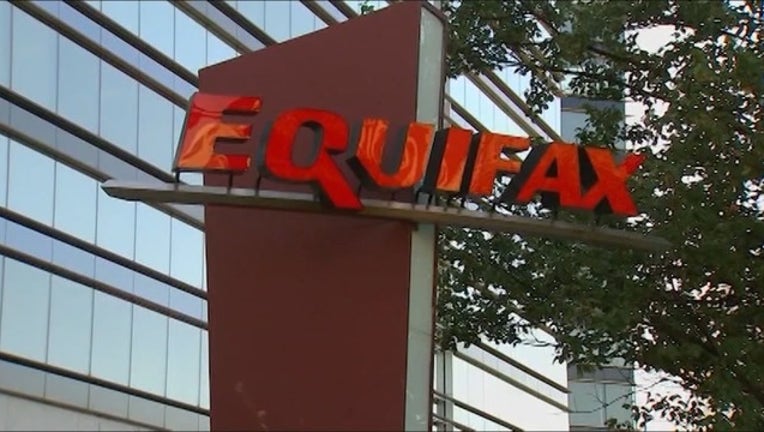 Equifax's $700 million settlement with the U.S. government over a massive 2017 data breach includes up to $425 million for consumers.

The breach was one of the largest ever to threaten private information, affecting 147 million people. The compromised data included Social Security numbers, birth dates, addresses, driver license numbers, credit card numbers and in some cases, data from passports. Criminals can use those bits of personal information to commit identity theft.

Monday's settlement gives affected consumers free credit-monitoring and identity-restoration services for the next several years. They may also be eligible for money for their time or reimbursement for certain services.

Here is what you need to know about the breach and what actions you can take:

HOW DID HACKERS BREAK IN?

According to the Government Accountability Office, the investigative arm of Congress, a server hosting Equifax's online dispute portal was running software with a known weak spot. The hackers, who have not been identified, jumped through the opening to reach databases containing consumers' personal information. The attack went unnoticed by Equifax for more than six weeks.

Equifax officials told GAO the company made many mistakes. Some were as simple as having an outdated list of computer systems administrators. When the company circulated a notice to install a patch for the software vulnerability, the employees responsible for installing the patch never got it.

HOW HAS THE BREACH AFFECTED CONSUMERS?

Equifax says it hasn't seen much of an increase in identity theft, but it is difficult to tell precisely who has been affected and how.

"You cannot determine with certainty that the information will never wind up in the hands of people who are going to use it," said Ryan Calo, a law professor at the University of Washington.

Even if the data hasn't been used, the unease and discomfort caused by large breaches also should be taken into account, Calo added.

WHAT DO CONSUMERS GET FROM THE SETTLEMENT?

Affected consumers may be eligible for up to $20,000 in reimbursements for losses from unauthorized charges to affected accounts, legal and other fees, credit-monitoring or identity-theft-protection services and expenses related to freezing or unfreezing credit reports. For the time spent dealing with the breach, consumers can seek $25 per hour for up to 20 hours as compensation.

All impacted consumers will be eligible to receive 10 years of free credit monitoring, at least seven years of free identity-restoration services, and, starting in 2020, six free copies of their Equifax credit report each year for seven years. That's on top of the free copy consumers can already get by law every 12 months from each of the three big agencies - Equifax, Experian and TransUnion. For minors, free credit monitoring increases to 18 years.

Consumers can opt instead for a $125 cash payment for a credit-monitoring product of their choice.

Consumers must submit a claim to receive free credit monitoring or cash reimbursements.

WHAT CAN CONSUMERS DO WITH CREDIT REPORTS?

Consumers should examine the listed accounts and loans to make sure that the information is correct and that they authorized the transactions. If something is suspicious, contact the company that issued the account and the credit-rating agency.

Consumers should consider freezing their credit, which stops thieves from opening new credit cards or loans in their names. It can be done online. Consumers can freeze their credit for free because of recent legislation, avoiding fees that were typically $5 to $10 per rating agency. Just remember to temporarily unfreeze credit, also free, when applying for a new credit card or loan.

The U.S. District Court in Atlanta granted preliminary approval Monday. The FTC said that the initial claims period will begin Tuesday and be open for six months. The settlement administrator won't send out any payments until the deadline has passed.

Consumers can get more information at the website created by the settlement administrator, https://www.equifaxbreachsettlement.com , or the Federal Trade Commission website at https://www.ftc.gov/equifax .

Once the FTC sets up its claims site, consumers can check there to see if they were affected by the data breach. Consumers can make a claim if they can prove they suffered identity theft "fairly traceable" to the 2017 breach or if they can document they spent time and money dealing with securing their credit because of the breach even if they weren't subject to identity theft. That could include signing up for credit monitoring services.

Consumers should sign up on the FTC website for email updates on the process. Regulators also suggest that consumers save any documents related to their efforts to avoid or recover from identity theft.

It's unclear who will benefit the most from this agreement.

While the settlement does provide some financial relief, which experts said is unusual for these kinds of cases, they said it doesn't go quite far enough for consumers.

National Consumer Law Center staff attorney Chi Chi Wu said that while the settlement provides some compensation for known victims now, there isn't a mechanism to address consumers who might suffer identity theft or other fallout many years down the road.

Additionally, it's a challenge to prove harm specifically from Equifax, as there are so many breaches, said M. Eric Johnson, dean of Vanderbilt University's Owen Graduate School of Management. And Johnson said he doesn't expect many consumers will see that what they get in the settlement is worth the time it might take to make the claim.