FROSTPROOF, Fla. - Two former civilian employees of a Polk County detention center were arrested Tuesday for helping smuggle smokeless tobacco to an inmate on the inside.

According to the Polk County Sheriff’s Office, the investigation started earlier this month when detention deputies at the South County Jail in Frostproof found cigarettes and other tobacco products in the inmate dorm.

Deputies say eight inmates had the contraband items, which were being distributed by Herbert Williams, a 31-year-old inmate being held on drug and violation of probation charges. 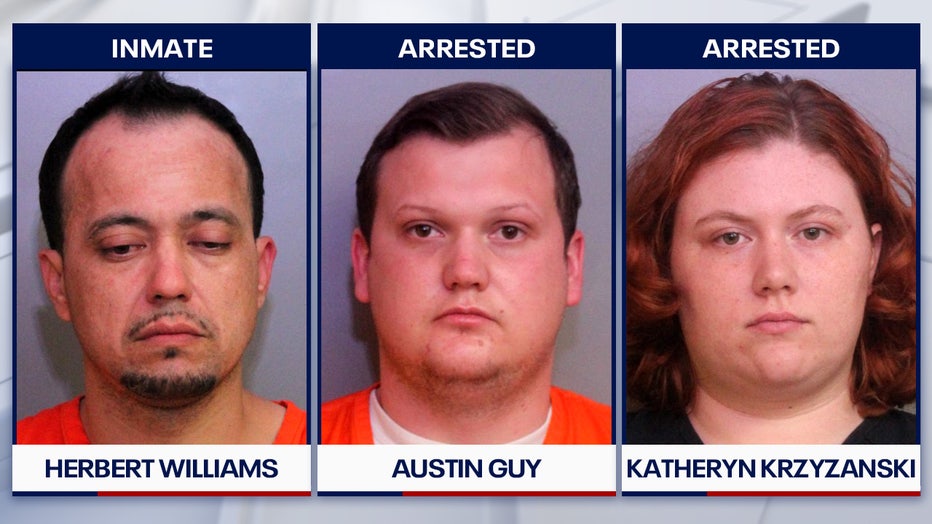 Williams would contact people outside the jail to put money on Guy’s CashApp, investigators say.

During the investigation, food service worker Katheryn Krzyzanski allegedly admitted that she had at least twice also bought contraband for Williams in a similar manner.

Guy, 25, and Krzyzanski, 23, were each arrested on charges related to bribery and conspiracy.

Both were hired in November of 2019. The sheriff’s office said they resigned before they could be fired.

Similar charges were added against Williams, who was already being held without bond. He was originally arrested on forgery, fraud, and grand theft charges.