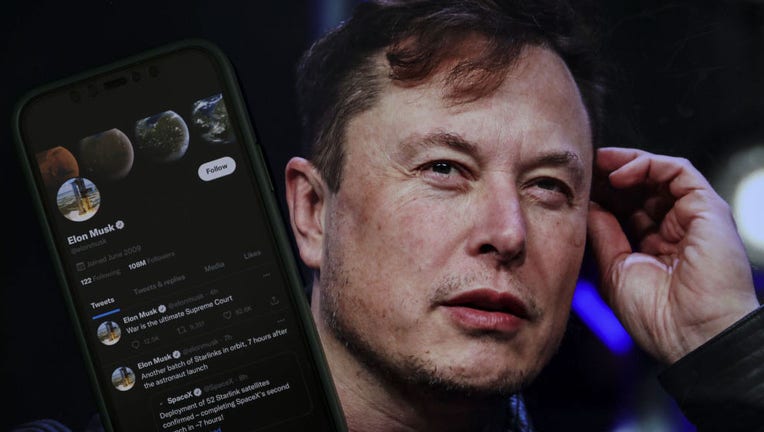 FILE - In this photo illustration, Elon Musk's Twitter profile is displayed on a mobile phone and the image of him is seen on a computer screen on back of it on Oct. 6, 2022. Muhammed Selim Korkutata / Anadolu Agency

Hours after Twitter CEO Elon Musk admittedly predicted he will do "lots of dumb things" as he learns to helm the new social media platform, he told his employees to brace for "difficult times ahead," according to a report.

In a mass email Wednesday afternoon, Musk said there was "no way to sugarcoat the message" and that employees should expect changes concerning office policy, according to Bloomberg News.

The email allegedly said Musk will discontinue remote work and will be requiring employees to be in the office for at least 40 hours per week. Any exceptions would need his personal approval.

Musk reportedly said he expected half of Twitter’s revenue to come through a subscription service and his newly proposed verification fee. He also said content creators will be able to monetize their pages to supporters, without further elaboration.

BIDEN ASKED WHETHER ELON MUSK IS 'THREAT' TO NATIONAL SECURITY, SAYS RELATIONSHIPS 'WORTH BEING LOOKED AT'

The email came shortly after Musk implemented, then swiftly deleted, a new official badge icon on the platform, before telling users to expect to see many changes going forward.

"Please note that Twitter will do lots of dumb things in coming months. We will keep what works & change what doesn’t," he wrote.

The "official" blue "verified" badge appeared on several accounts but was ultimately deleted. The company said the subscription program will cost between $4 and $8 per month.

"In days to come, we’ll add granularity to verified badge, such as organizational affiliation & ID verification," Musk added in another tweet.

And: "Rollout of new verified Blue is intentionally limited just to iOS in a few countries with very little promotion. As we iron out issues, we will expand worldwide on all platforms."

Musk also said the platform was looking to add features such as a more robust direct messaging system, the option to save videos, and it will deactivate or delete inactive accounts to clear up user profile names.

His stated goal in purchasing Twitter was to protect freedom of speech, sparking criticism on the platform and elsewhere.

Since taking over Twitter two weeks ago, Musk fired several top executives at the company, including CEO Parag Agrawal, CFO Ned Segal, and head of legal policy, trust, and safety Vijaya Gadde, and most of the company’s staff.

He has updated his bio to read "Twitter Complaint Hotline Operator." He also changed his location to "Hell," although that has since been removed.