The Department of Education announced this week it will cancel $415 million in federal student loans by nearly 16,000 borrowers allegedly misled by for-profit colleges.

The borrowers, who attended DeVry University, ITT Technical Institute, Westwood College and the Minnesota School of Business/Globe University, will receive the relief through a legal provision known as borrower defense, which allows individuals to discharge some or all of their student loan debt if their school misled them or otherwise engaged in other misconduct.

"The department remains committed to giving borrowers discharges when the evidence shows their college violated the law and standards," Education Secretary Miguel Cardona said in a statement Wednesday.

The department found that between 2008 and 2015, DeVry University, a for-profit university headquartered in Illinois, repeatedly misled students by claiming that 90% of its graduates actively seeking employment landed a job in their field of study within six months of graduation. The job placement level was actually closer to 58%, according to the department.

The department has so far identified about 1,800 borrowers who will be eligible for more than $71 million in discharges because they "relied upon DeVry's misrepresentation in deciding to enroll." The number of borrowers who qualify for discharge is expected to grow as the department continues to review outstanding claims from former students. All borrowers with approved claims will receive full relief.

"Students count on their colleges to be truthful," Cardona said. "Unfortunately, today's findings show too many instances in which students were misled into loans at institutions or programs that could not deliver what they'd promised." 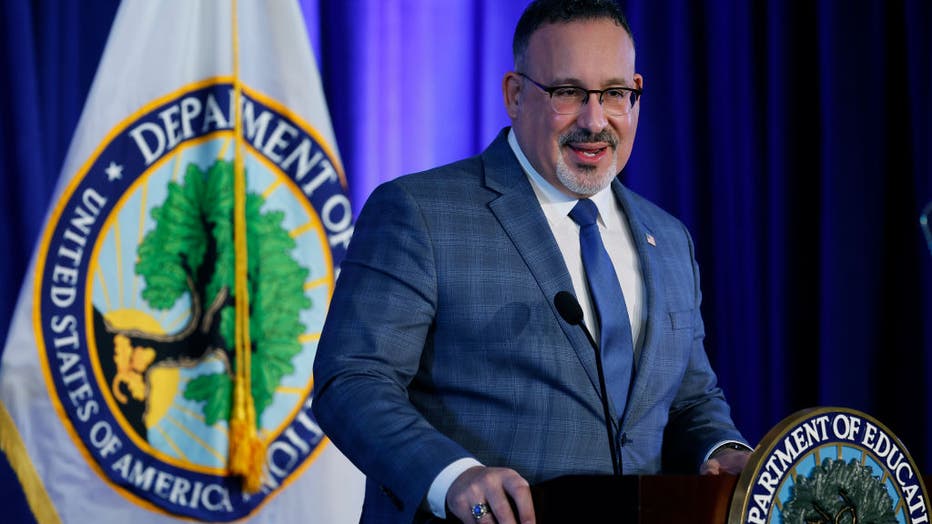 In a statement, Devry's Donna Shaults, senior director of university relations, noted the university's board of directors and leadership have changed since 2015.

Still, she maintained the university had been misrepresented by the government.

"We do believe that the Department of Education mischaracterizes DeVry's calculation and disclosure of graduate outcomes in certain advertising, and we do not agree with the conclusions they have reached," Shaults said.

In total, the Biden administration has approved about $2 billion in loan forgiveness for more than 100,000 students allegedly defrauded by their schools.