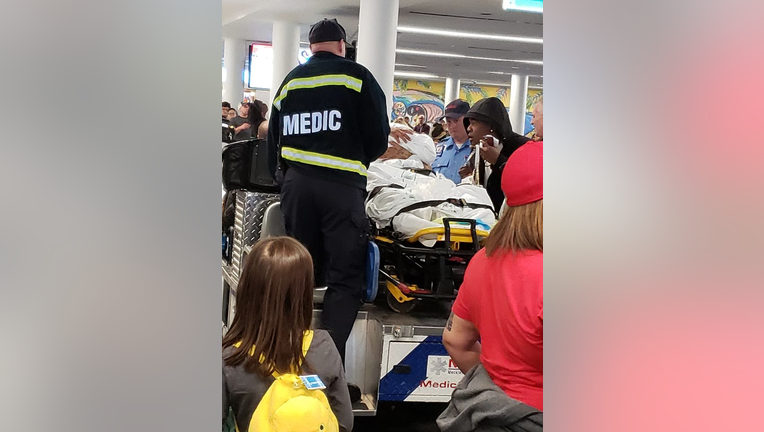 CHARLOTTE, N.C. - These parents will have quite the story to tell about their baby's birth.

On Wednesday a baby girl was delivered upon arrival of a flight from Tampa, Florida to Charlotte, North Carolina at Charlotte-Douglas Airport, officials say.

“Upon landing in Charlotte, American Airlines Flight 868 from Tampa, requested medical personnel due to a passenger who needed assistance.”

GET THE FOX 46 CHARLOTTE NEWS APP

FOX 46 confirmed with Medic that a healthy baby was born at the airport and both mom and baby were doing fine. Both were transported to Atrium Health CMC.

Eric Linne was in the airport at the time and posted a photo on social media. "I've been flying since 1972 and have never seen this. Passenger wheeled out after having her baby on board! The crowd at the terminal burst into spontaneous applause."

Dangers of Deep Frying a Turkey

Many people may have their Thanksgiving plans set. If you're one of those deep-frying their turkey, here's what you need to know to keep safety a top priority.