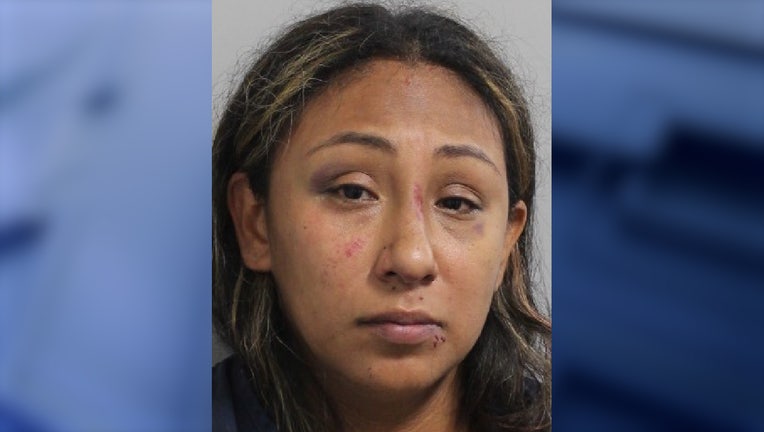 POLK COUNTY, Fla. - A woman is facing several charges, including DUI manslaughter, after she reportedly crashed a truck, killing a toddler and injuring a 5-year-old boy early Wednesday, according to the Polk County Sheriff's Office.

Deputies were called out to the single-vehicle crash shortly after midnight on Deen Still Road at Old Grade Road, and found the 22-month-old boy dead at the scene and the other child with a fractured neck.

The toddler was not in a child safety seat when the crash happened and had been thrown from the truck, authorities said. The driver, Guadalupe Najera Santana, 30, was not hurt in the crash. Detectives are still trying to determine whether the 5-year-old and Santana were wearing seat belts.

An investigation revealed Santana was driving a black 2019 Chevrolet pickup truck west on Deen Still Road when she lost control of the truck and crashed through a barbed-wire fence, and struck multiple pine trees.

Detectives determined Santana was impaired and found multiple open and unopened containers of beer in and around the truck. The sheriff's office said she also admitted to drinking several beers in the evening.

"It is absolutely maddening, with so many other options available, that someone would choose to drive while under the influence of alcohol or drugs. The result of this woman’s poor choice is the death of one child, and the very serious injury to another child," Polk County Sheriff Grady Judd said in a statement.

Santana was arrested and booked into jail on charges of DUI manslaughter, negligent child abuse, DUI serious bodily injury, DUI with property damage, DUI and driving with an expired license.

Deputies said Santana lives in Polk City, but is originally from Mexico and is in the United States on an expired work visa. United States Immigration and Customs Enforcement (ICE) has been notified.

The relationship between Santana and the children was not immediately clear.