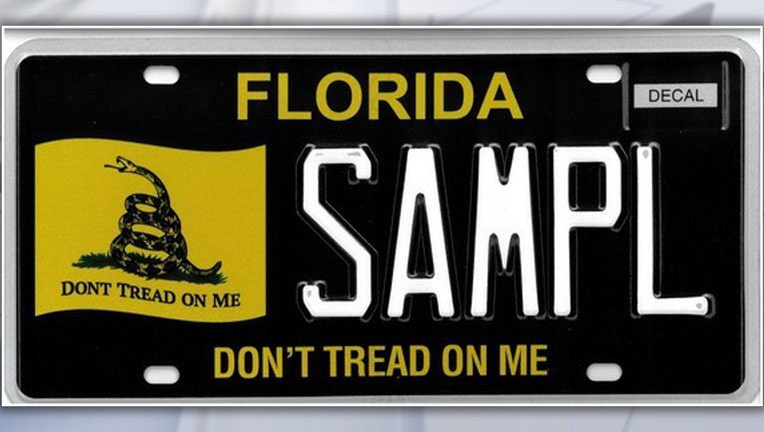 TAMPA, Fla. - Florida drivers now have two new specialty license plate options to choose from during their next visit to the DMV.

The latter features the well-known yellow flag with a coiled rattlesnake, along with the phrase "Don't Tread On Me" below it.

Florida Gov. Ron DeSantis first announced the new license plate's design back in July, saying it "sends a clear message to out-of-state cars, 'Don't Tread on Me' or Florida."

RELATED: Florida named the fastest-growing state in the country by U.S. Census Bureau

The plate was available for pre-order over the summer, but has now been delivered to tax collector offices and license plate agencies statewide, transportation officials said.

"Floridians who purchased presale vouchers for the specialty plate are able to redeem them at their local tax collector office or license plate agency, and those who wish to purchase the new plate are advised to contact their local office prior to visiting to ensure stock is available," FDHSMV said in a news release.

The revenue collected each year from the sales of the new plate will go to the Florida Veterans Foundation, which the state says is a direct-support organization of the Department of Veterans Affairs.

The Gadsden Flag is named after South Carolina politician Christopher Gadsden, a delegate to the First and Second Continental Congress who came up with the "Don't Tread on Me" design during the American Revolution. According to Mount Holyoke College history professor Joseph Ellis, Gadsden likely got the rattlesnake idea from Benjamin Franklin, who in the 1750s had his own snake design that said "Join, or Die."

But in recent years, the far-right movement has adopted the flag as an anti-government symbol, most notably by the Tea Party movement politicians and protesters back in 2010 and, more recently, by some rioters during the Jan. 6, 2021 insurrection at the U.S. Capitol. 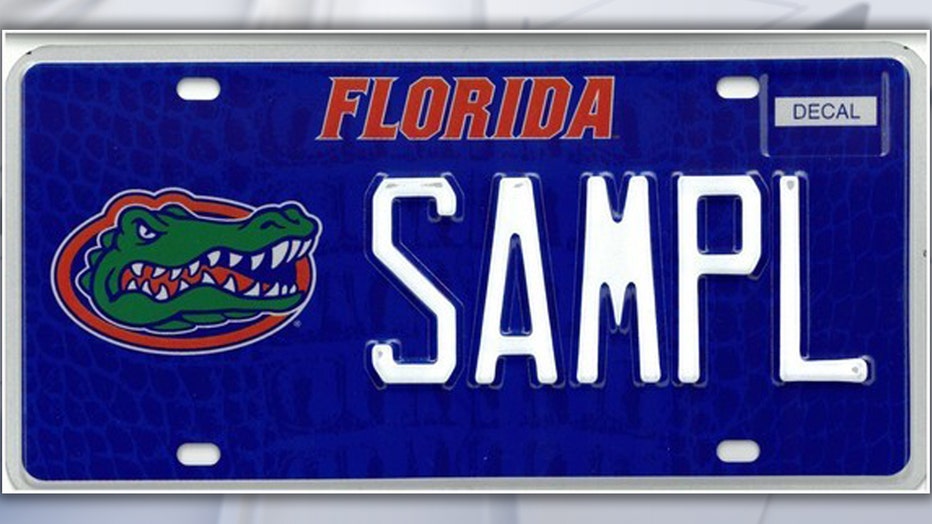 Meanwhile, the Florida Gators plate features the university's team logo on a blue background — an update to the previous plate which had a white background. This is the third redesign of the plate, according to FDHSMV.

For a complete list of Florida's specialty plates available for purchase, visit the department's website by clicking here.