Florida Gov. Ron DeSantis spoke about Disney's opposition to the Parental Rights in Education bill, also labeled by critics as the 'Don't Say Gay' bill, calling their efforts to repeal the bill as ‘crossing the line.’ The governor, who was speaking about a lawsuit filed by the state over a mask mandate on planes, called Disney's actions hypocrisy.

ORLANDO, Fla. - The idea was presented to Florida lawmakers in a movie house outside Orlando 55 years ago, with Walt Disney, who had died less than two months earlier, helping make the pitch from the screen: Let Disney form its own government and in exchange it would create a futuristic city of tomorrow.

That city never materialized, but Walt Disney World became an economic juggernaut with four theme parks and two dozen hotels, while its government retained unprecedented powers in deciding what and how to build, issuing bonds and holding the ability to build its own nuclear plant if it wanted.

Now, five decades later, Florida Gov. Ron DeSantis is asking lawmakers to end Disney's government in a move that jeopardizes the symbiotic relationship between the state and company. The high-profile attack by a politician from a GOP party that has historically championed its ties to business follows the company’s opposition to what critics have dubbed the "Don’t Say Gay" law barring instruction on sexual orientation and gender identity in kindergarten through third grade.

Republican Rep. Randy Fine, sponsor of the bill to scrap the Reedy Creek Improvement District, as the Disney government entity is known, said it is time for a change.

"You kick the hornet's nest, things come up. And I will say this: You got me on one thing — this bill does target one company. It targets the Walt Disney Co.," Fine said. "You want to know why? Because they are the only company in the state that has ever been granted the right to govern themselves." 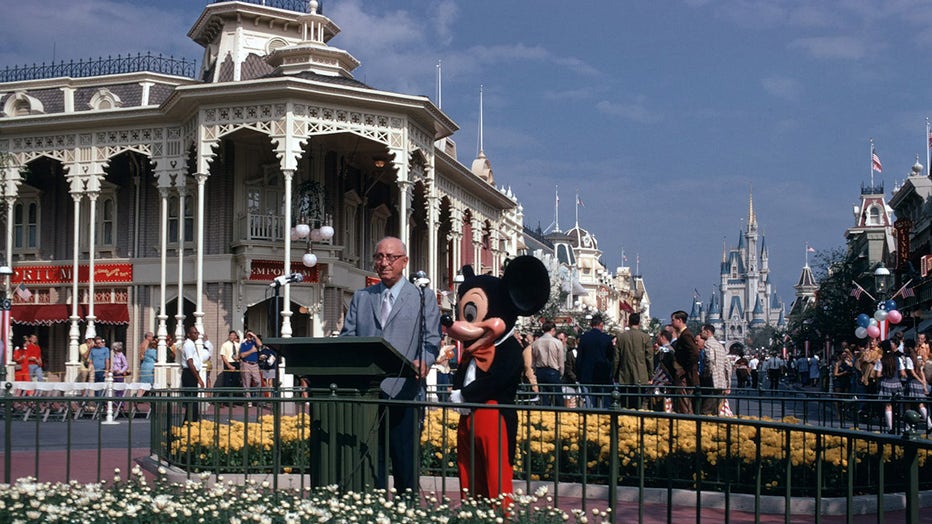 In an email fundraising pitch Wednesday, DeSantis, a potential Republican presidential candidate in 2024, put it this way:

"Disney has gotten away with special deals from the state of Florida for way too long. It took a look under the hood to see what Disney has become to truly understand their inappropriate influence," the governor's email said.

"If Disney wants to pick a fight, they chose the wrong guy," the email added.

Disney, based in Burbank, California, had more than $67 billion in revenue in 2021 and has declined comment on the Florida legislation, which passed the state Senate on Wednesday and is being considered by the House in a special session of the Republican-dominated Legislature. The effective date of the measure would be June 2023, leaving time to develop a compromise short of completely abolishing the district.

Before Reedy Creek became Disney's government, it was a drainage district created to help manage the 27,000 acres (10,926 hectares) that the company secretly acquired parcel by parcel in the mid-1960s.

At first, news accounts speculated that "a new and large industrial complex" might be coming to the area. Some reports linked it to the Kennedy Space Center about an hour's drive away in Cape Canaveral. Finally, on Oct. 21, 1965, the Orlando Sentinel broke a story with this headline: "We Say: ‘Mystery Industry’ is Disney.'"

A few days later, then-Gov. Haydon Burns confirmed the Disney plan, saying it would be "the greatest attraction in the history of Florida."

That would prove true over the decades as metro Orlando became the most visited destination in the U.S., attracting 75 million tourists annually before the pandemic. The metro area, which added Universal and SeaWorld theme park resorts, grew from 305,000 residents in 1970, the year before Disney World opened, to almost 2.7 million residents last year.

In some ways, the Reedy Creek Improvement District was built on a misrepresentation when company officials came to Florida lawmakers with their plans to build an East Coast Disneyland. After the company’s first theme park in southern California was built in the 1950s, motels and tourist shops encroached around the property, and Walt Disney wanted to make sure the same thing didn’t happen in Florida. 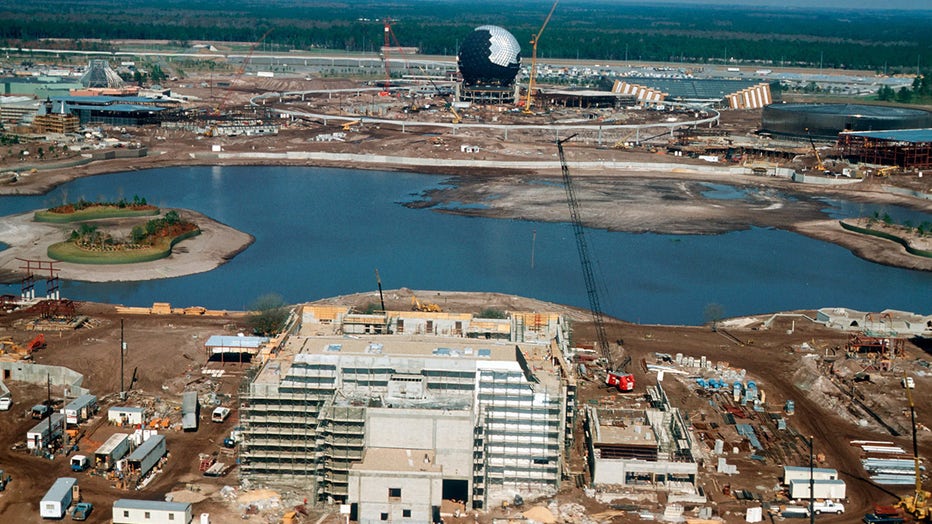 Along with a theme park, Disney officials led by Roy Disney, Walt’s brother, told Florida lawmakers in 1967 that they planned to build a futuristic city — the Experimental Prototype Community of Tomorrow, also known as Epcot.

The proposed city would include a rapid transit system and urban planning innovations, so Disney needed autonomy in the district for building and deciding how to use the land, they said. The futuristic city never materialized, and instead Epcot morphed into a second theme park that opened in 1982.

"They said they were going to do one thing and they did another," said retired Rollins College political scientist Richard Foglesong, whose book, "Married to the Mouse" recounted the formation of Reedy Creek. "In that respect, it was legally infirm. I think that is a factual argument."

Reedy Creek was allowed to build its own roads, run its own wastewater treatment plants, operate its own fire department, set its own building codes and inspect Disney buildings for safety. In the current budget year, the district had $169 million in revenues and $178 million in expenditures.

Reedy Creek essentially runs a midsize city. On any given day, as many as 350,000 people are on Disney World property as theme park visitors, overnight hotel guests or employees. The district has to manage the traffic, dispose of the waste and control the plentiful mosquitoes in a territory once called Mosquito County.

The battle between the governor and Disney began last month over the so-called 'Don't Say Gay' Bill, which DeSantis signed into law at the end of March.

Even though Reedy Creek’s primary task is to operate Disney World, it is home to less than 50 residents living in manufactured homes in two tiny communities, Bay Lake and Lake Buena Vista. The two municipalities were formed to support the legal framework of the Reedy Creek Improvement District, which is governed by a five-member Board of Supervisors with four-year terms. The supervisors must be landowners within Reedy Creek, and to qualify, Disney gives them a small piece of land that they must give back once they leave the board.

That's not the only thing Disney has given out over the decades.

Disney has been a major political player in Florida and the country. The Center for Responsive Politics, which tracks political campaign spending, reported that in the 2020 campaign cycle, Walt Disney Co. and affiliates made more than $20 million in political contributions to both Republicans and Democrats.

"I think Disney is stuck a bit," Foglesong said. "They had tried to play it both ways, making contributions to what you can only call right-wing Republicans. They thought they could have it both ways -- be the company of motherhood and apple pie and fund these reactionary Republican politicians."