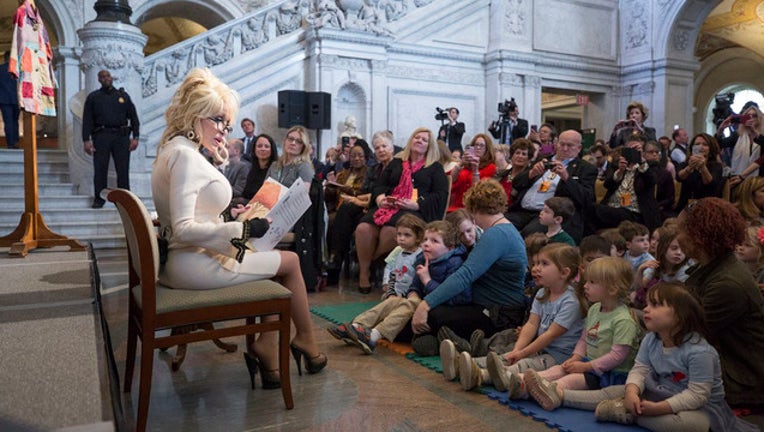 You might know Dolly Parton for a lot of things – "9 to 5," her legacy in country music, Dollywood – but you might not know how the country music superstar has quietly been helping kids learn to read for over 20 years.

The 72-year-old Parton has been giving kids free books as part of her Imagination Library for over 20 years. On Tuesday, the nonprofit organization gave the Library of Congress the program's 100 millionth book.

Parton said she started the program after being inspired by her father, a "hardworking man" who never learned how to read or write, and was discouraged by thinking that he could never learn to read.

She wanted to do something special for him, Parton told a crowd at the Library of Congress, so she started a program in her home county.

From there the Imagination Library expanded to all of Tennessee, and then to Canada and the rest of the world.

"My dad got to live long enough to see a lot of it come into being," she said. "He took such pride in the kids calling me 'The Book Lady.'"

Her Imagination Library sends free books to children from birth until they begin school, no matter the income of their family.

One-hundred million books mailed is great, but Parton says this is just the start.

She hopes that she'll see the Library donate a billion books in her lifetime.