Dogs said to be involved in fatal mauling of smaller dog will not be deemed dangerous, authorities say

After reports of two small dogs being attacked and killed by larger dogs in an Apopka neighborhood, Orange County Animal Services (OCAS) says the dogs will not be deemed dangerous.

APOPKA, Fla. - After reports of two small dogs being attacked and killed by larger dogs in an Apopka neighborhood, Orange County Animal Services (OCAS) says the dogs will not be deemed dangerous.

Jacob was mauled to death in late August right in front of his owner as they were on a walk.

"I was so devastated. I was honestly thinking about selling my house," Jacob’s owner, Linda, told FOX 35.

RELATED: Dogs surrendered after smaller pup is mauled in Apopka

After our initial report, another person came forward saying the same dogs were suspected of killing her Yorkie.

But after investigating, OCAS says the large dogs will not be deemed dangerous. 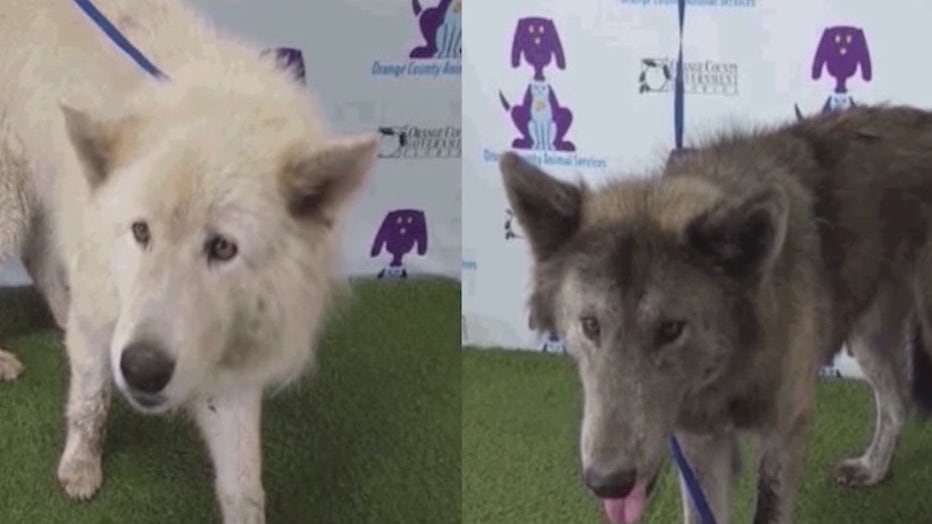 "I don’t think it’s fair at all," Linda said about the outcome.

According to Florida state statute, a dangerous dog "has more than once severely injured or killed a domestic animal."

While two dogs in the Apopka neighborhood were killed, officers say they didn’t have enough evidence to prove the big dogs killed the Yorkie. They say the dog was buried before they got the report and there were no witnesses.

"They were running in a pack," Patricia, the owner of the Yorkie, said.

She saw the attack on Jacob and says one animal’s death should be enough.

"All of them should be deemed dangerous until proven not dangerous," Patricia said.

OCAS says two of the dogs were surrendered and have been placed with a rescue. Three of the dogs are still with the owner. Since they were not determined to be dangerous, she will not have to follow any additional safety measures to keep them.

MORE NEWS: Dog found in 'pool of blood' after suspected mauling in Apopka

Adding confusion to the matter is that the county ordinance states that a dog that has killed another animal one time is deemed dangerous. Orange County Animal Services says it has to follow the state law.

According to court records, the owner of the large dogs will have to attend a pet class and pay a $1,875 fine for Jacob’s death.