Justin Steinmetz was the first person on the scene of a house fire in Berks County. He captured the moment a family dog leapt from a second-story window in order to escape the flames.

BERKS COUNTY - Two dogs and a cat are safe after a devastating fire left a house in ruins in Berks County Wednesday morning.

Video from eyewitness Justin Steinmetz shows smoke and flames billowing from the home around 8 a.m. Initially, flames are seen leaping from the roof.

He said he saw the fire while driving down the road to work. After banging on neighbors' doors to call 911, he tried to put out parts of the fire with a garden hose. He realized, within a few minutes, the garden hose was a poor solution, in comparison to fire hoses and he reluctantly gives up.

He can be heard in the video saying, "I hope the dog's out."

Moments later a dog was seen frantically running in the background of the yard. Officials say it was rescued out the front door. 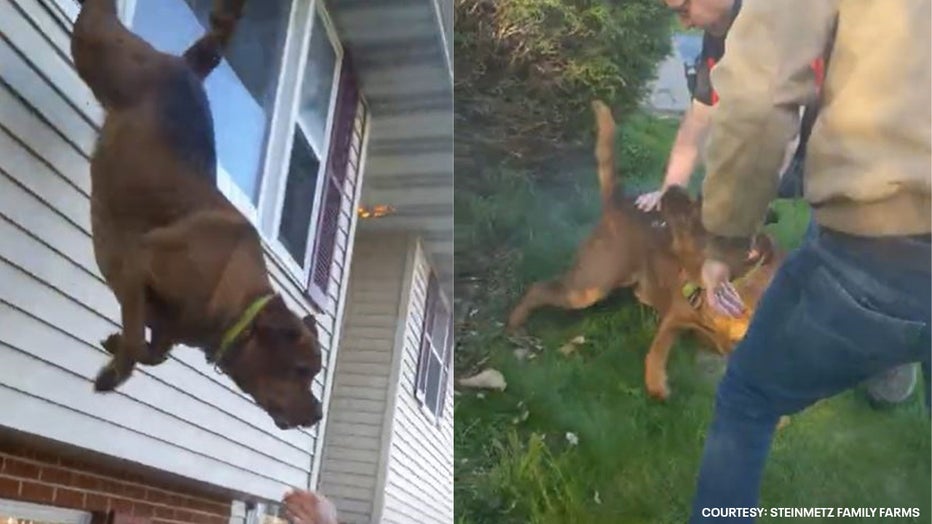 Suddenly, another dog, could be heard crying in the video. When the man ran to the front of the house a dog was seen trying to escape through a window, but was frightened.

With the help of neighbors, the dog jumped from the window to safety. Burns and ash could be seen on the dog's back. The neighbors did their best to calm the dog. The man says the dog named "Charlie" is recovering at the hospital.

"Oh he's burnt up," the man said as he tried to hose the dog down. 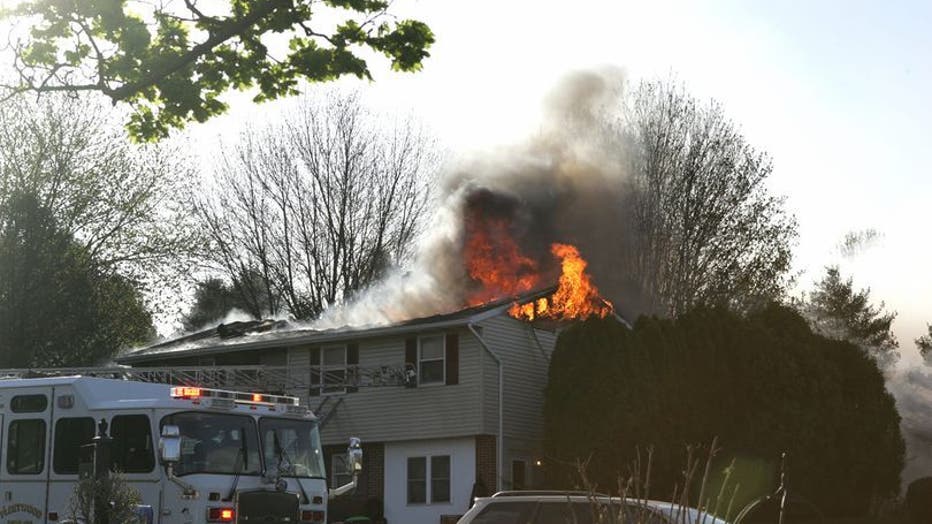 Two cats were also reportedly in the home. One cat was found and rescued in the lower level, but another cat is still missing.

Flames are seen ripping through the side and back of the house and soaring into the sky as fire crews arrived. The roof, side of the home and porch in the backyard were completely engulfed in flames, as aluminum siding can be seen melting and falling away from the building.

About 12 minutes into the video, a woman can be heard crying in the background and saying ‘Thank you.’

The final moments of the man's video show the aftermath of the fire with more than half of the roof gone, and the inside of the home completely burnt. 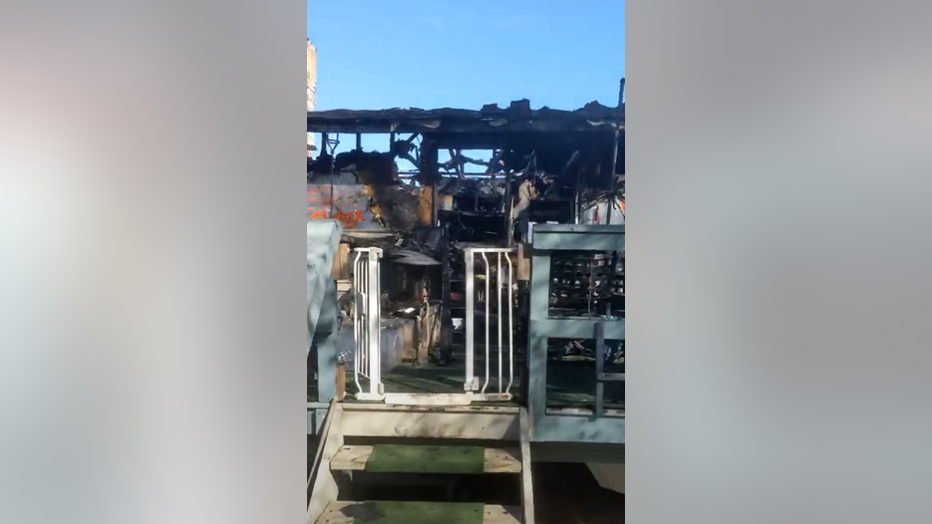 A GoFundMe page has been set up in honor of the family who lived in the home. Nearly $31,000 has been raised in just a day.

"Our hearts are broken for the Stump family," the page says. "We are very grateful they are ok, but are painfully aware that their lives will be significantly impacted as a result of the devastating fire to their home today."