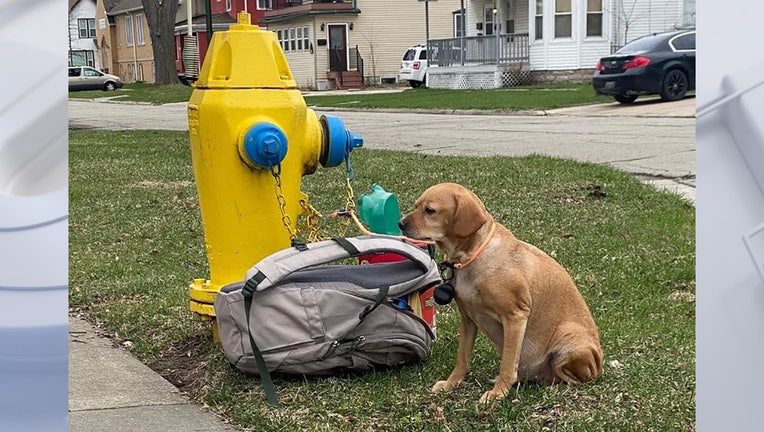 GREEN BAY, Wis. - The viral image of a dog found abandoned and tethered to a fire hydrant in Wisconsin tugged at heartstrings all over the world last week.

On Tuesday the Wisconsin Humane Society Facebook posted an update on the dog, known as Baby Girl, and also expressed gratitude for the immense amount of love the pup and her previous owner have received.

"The international response to this pup’s story has been overwhelming, and the outpouring of kindness for her previous owner has truly filled our hearts to the brim," the organization wrote. "We have been in contact with the previous owner, and were grateful for the chance to connect with her, and honor her wishes for Baby Girl to find a new home." 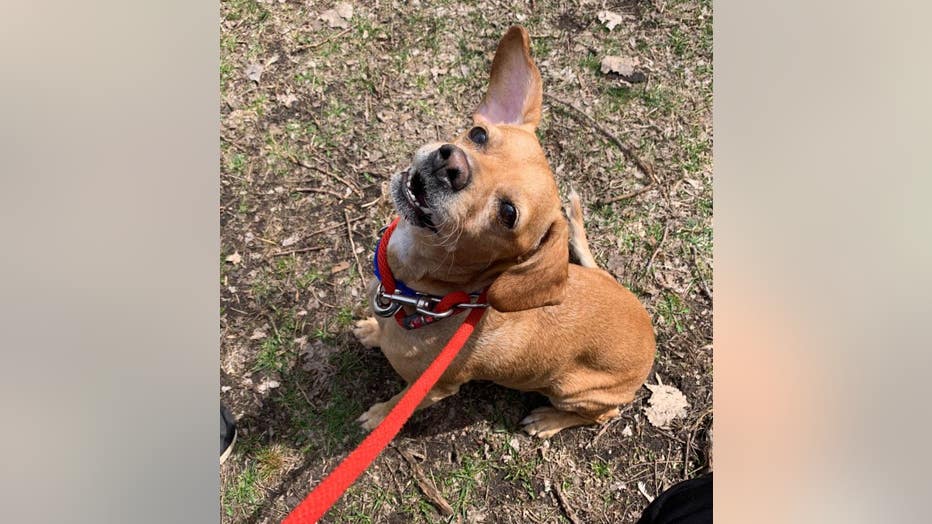 Baby Girl will remain in the care of the Wisconsin Humane Society until she finds a new home.

The Humane Society said Baby Girl will be available for adoption at the Green Bay Campus - Wisconsin Humane Society before the weekend. Though, Baby Girl needs a family who can support her medical needs after a veterinary team found that she has Diabetes mellitus (canine diabetes) which causes elevated blood sugar.

The 6-year-old canine is currently on a management plan and is responding well to it.

The Humane Society said out-of-state adoptions are allowed, but it's not able to transport animals.

Baby Girl was left tied to a fire hydrant, with a backpack full of her favorite toys, and a note from her owner. The heart-wrenching photo of her went viral last week.

"There was a note left and, to us, it was really an act of desperation," the Humane Society explained in an earlier Facebook post, which showed compassion for the owner, who they say very clearly loved the dog.

The Humane Society said that in the note, the owner talked about struggling with serious medical issues and being unable to care for the dog.

"After seeing several days of people attacking and vilifying the owner – our post today has been beautifully received by the community and is now seeing the humanity in this situation," said Angela Speed.

Speed added, "The owner was doing the best that they can with the resources that they had. Baby Girl was tied tightly to this fire hydrant so she wouldn’t get hit by a car. She was packed full of supplies and a backpack…toys, and treats and all of her favorite things."

Baby Girl will remain in the hands of the Wisconsin Humane Society's Green Bay location until she finds a new home.

FOX 11 and FOX 6 Milwaukee contributed to this report.