Dog attacks 3-year-old girl, requiring her to get 180 stitches on her face

HEMET, Calif. - A 3-year-old girl had to get 180 stitches after she was attacked by a dog in unincorporated Hemet over the weekend and suffered bite wounds to her face, arms and stomach, the Riverside County Department of Animal Services reported Wednesday.

The attack was reported at about 3:30 p.m. Saturday in the 41000 block of Mayberry Avenue, a neighborhood east of Hemet.

The 3-year-old girl was transported to an area hospital and later to the Loma Linda University Medical Center. Ultimately, she received 180 stitches on her face and additional stitches in her hip area. She has since been released from the hospital.

According to earlier updates from Animal Services, the dog, a 2-year-old male Pit bull mix, was believed to have been tethered at the time of the incident. The girl's mother, however, told Animal Services that the dog was not tethered. 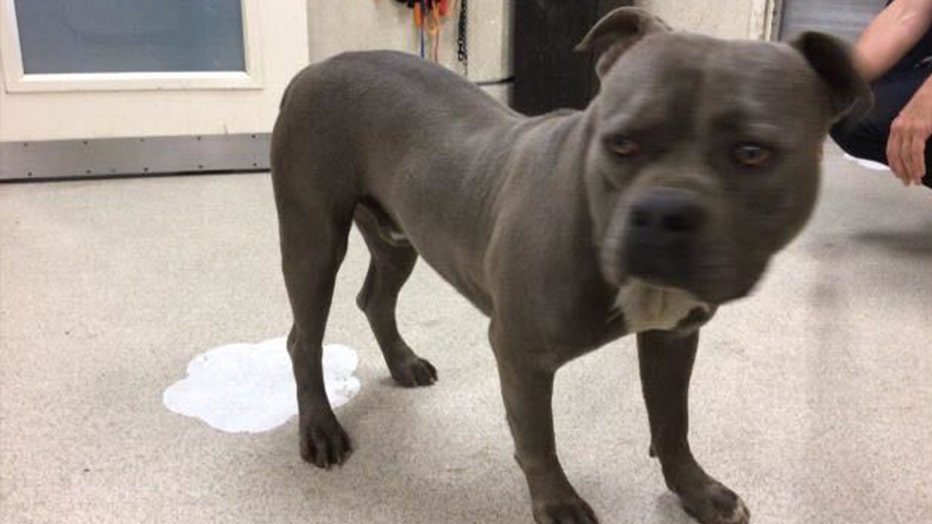 Animal Services seized the 2-year-old pit bull mix after it attacked a 3-year-old girl in Hemet over the weekend. (Credit: Riverside County Department of Animal Services)

"We are uncertain how she wandered into the backyard and if she was unattended, but we’re convinced that this dog would have killed her if it had not been tethered," Animal Services Lt. Lesley Huennekens said prior to issuing an update revealing that the dog may not have been tethered. "It’s horrible what happened to this girl."

Riverside County Sheriff’s Department Officer Mike McGee described the dog as powerful and aggressive as Animal Services responded to seize the dog. McGee had the dog on a control stick, but the dog still managed to lunge at one of his legs, and, fortunately, only managed to get his pants, he said.

The dog is currently in a protective custody kennel at the Western Riverside County/City Animal Shelter in Jurupa Valley.

Animal Services will hold the dog for 10 days, pending a request from the owner to protest the seizure.

Additional details were not immediately available.