A search is underway for a suspect in an incident where a woman jumped out of window with her baby.

ORLANDO, Fla. - The search continues for what deputies describe as a violent suspect after a woman jumped from an apartment window with her infant in her arms to escape him.

A SWAT unit with the Orange County Sheriff's Office was called out to the Tzadik Millenium Apartments on Thursday for a potentially violent situation between a man and a woman. The complex is located at 4255 Barwood Dr. near the intersection of S. Texas and Rio Grande avenues.

A spokesman with the Sheriff's Office said bystanders notified authorities that a woman had jumped out of the first-floor window of a unit at the complex while holding an infant.  They said she appeared to be fleeing a man and ran to assist her as she hid under a car. 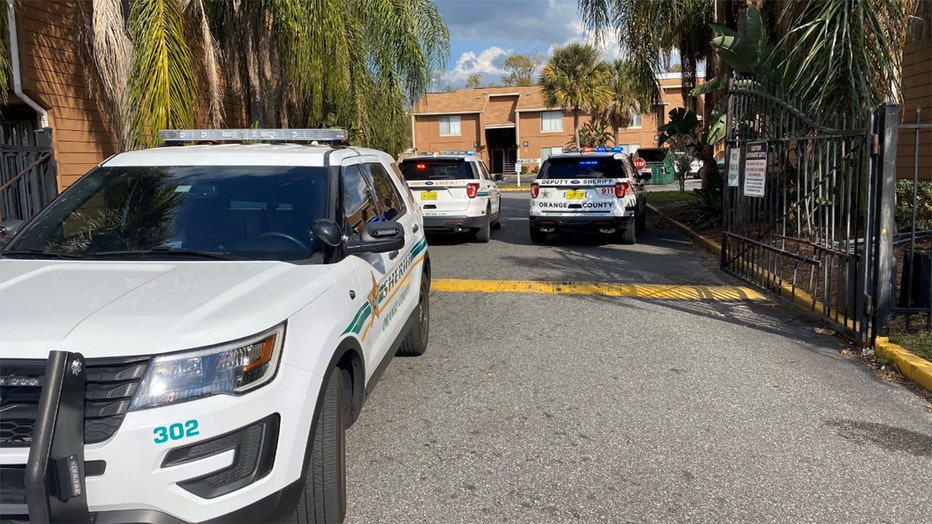 Deputy Christian Marrero said investigators identified a man inside the apartment from where the woman jumped as 39-year-old Terrance Givens, who faces several felony charges related to the incident.  Multiple deputies arrived on the scene but Givens was somehow able to flee the area.

The woman was transported to a hospital after sustaining "moderate injuries," but the infant appears to be unharmed.  The child has been turned over to family members. Authorities have not yet established the relationship between Givens and the woman.

"Because she is still going through treatment at the hospital, we haven't been able to conduct a full interview with her, unfortunately," Marrero added.  "The preliminary information that we have is that some sort of violence occurred inside the apartment that obviously led her to jump out of the window with the child in her arms."

"This person is known to be very, very violent," Marrero added. "Do not approach him, do not attempt to make any contact with him, and please call 911 immediately."