Walt Disney World has chosen a developer for its new affordable and attainable housing development, which will be built on approximately 80-acres of land in southwest Orange County, Florida just miles from the theme park resort.

ORLANDO, Fla. - Walt Disney World has chosen a developer for its new affordable and attainable housing development, which will be built on approximately 80-acres of land in southwest Orange County, Florida just miles from the theme park resort.

The development – which will be privately financed – will be built, owned and operated by The Michaels Organization, Disney announced in a news release on Wednesday. It will be located west of State Road 429 and just a couple of miles from Flamingo Crossings Town Center.

Disney released new renderings of the upcoming development – which will include more than 1,300 units – and a map showing the proximity to Disney's Magic Kingdom and EPCOT theme parks.

Cost of vacationing in Orlando is skyrocketing

The cost of vacationing in Orlando is skyrocketing, but experts say there are deals families can take advantage of.

The development will be open for qualifying applicants within a certain income range, including Disney cast members. The initiative was launched to help offer a solution to Florida's affordable housing crisis.

MORE DISNEY NEWS: Disney World increasing ticket prices: How much you pay depends on the park

"For more than 50 years, Walt Disney World has cared for and invested in our community, and we’re committed to being a part of this solution which will bring more attainable housing to Central Florida," said Jeff Vahle, president of Walt Disney World Resort. "We will continue to find ways to use our resources to make a difference in the community we call home, and we’re excited to take this step with a nationally recognized developer." 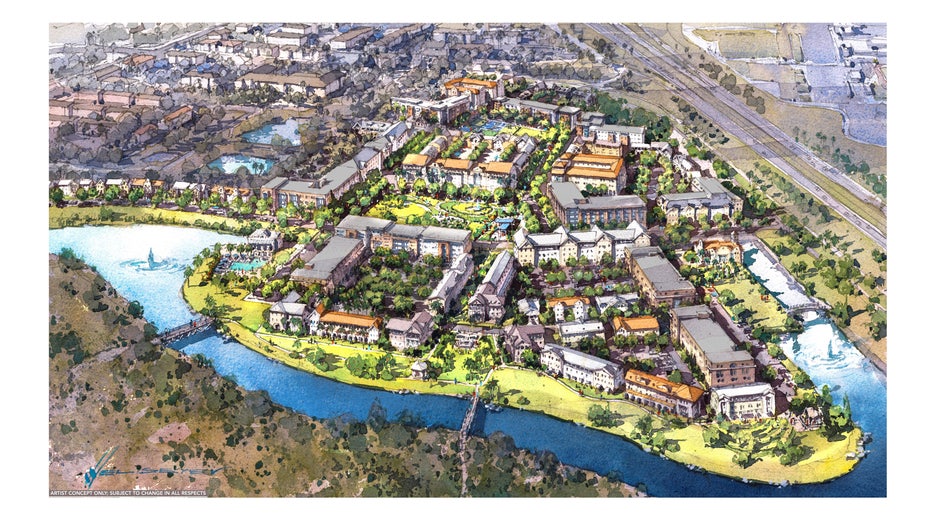 In addition to bringing affordable housing to residents, the project will also create new jobs in the Central Florida community through The Michael's Organization's construction and ongoing operation of the property.

"We are excited to work with an iconic brand like Disney to deliver attainable housing for the Central Florida community," said Michaels CEO John J. O’Donnell. "Our goal is to create a repeatable model that we hope will inspire other companies and municipalities to create high quality, attainable housing in their own communities." 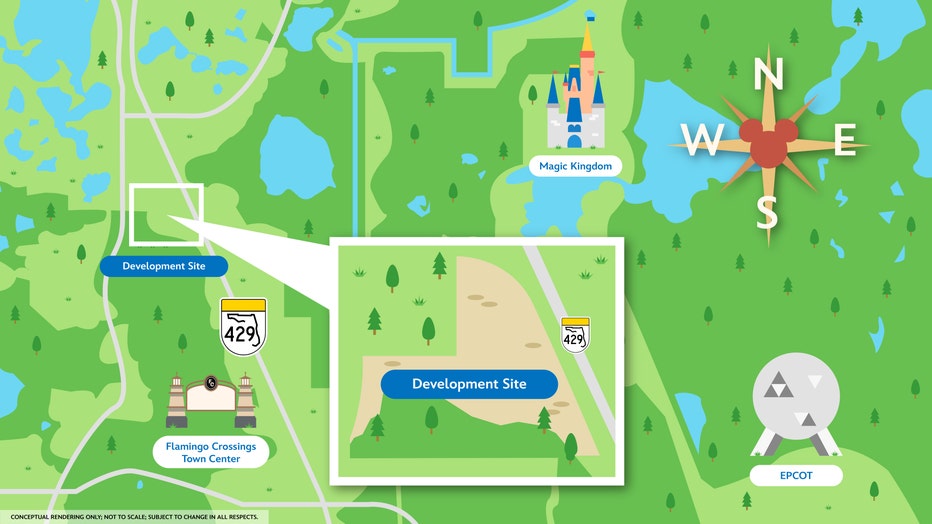 Disney first announced plans for the development earlier this year to help support and build upon Orange County’s Housing for All action plan, which addresses housing affordability for local residents. The costs of homes and rent have soared over the last couple of years fueled by several factors, according to experts, including the pandemic, increased demand, less inventory, people relocating to states with lower cost of living, and an increase in outside investors.

A timeline for construction and other details will be released at a later date.

Universal Parks & Resorts also announced plans earlier this year to develop 1,000 rent-controlled apartments on 20-acres of land between Tradeshow Boulevard and Destination Parkway in Orlando. According to founder and CEO of Wendover Housing Jonathan Wolf – who is working with Universal on the development – says the rental range will be anywhere from $100 a month to $400 a month for one bedroom. Up to $2,000 for a three-bedroom apartment.