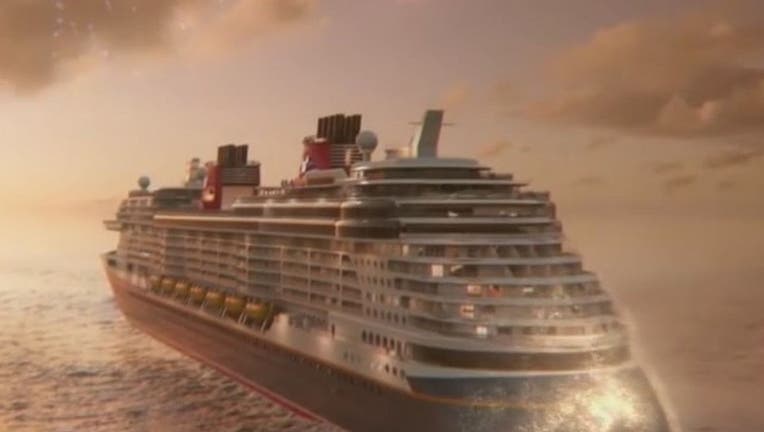 BREVARD COUNTY, Fla. - Disney announced on Monday that they will unveil their newest cruise ship, Disney Wish, on Thursday, April 29, at 11 a.m. EST.

They said that they will hold a 30-minute virtual presentation on the Disney Parks Blog. It will show a behind-the-scenes look at the ship, special character appearances, and surprise performances.

Disney Wish is reportedly not expected to set sail until 2022. The ship is just one of several new vessels to join the Disney Cruise Line fleet by 2025. Two other boats are expected to come after. All three are expected to be larger than the Disney Dream and the Disney  Fantasy, two boats that are already in the fleet.

While the boat isn’t scheduled to set sail until 2022, the company did show off some details on the ship’s interior design.

The most recent suspension of Disney U.S. sailings is said to be through June 2021.

"We are carefully reviewing the recently released guidance from the U.S. Centers for Disease Control and Prevention and working toward resuming operations," Disney Cruise Line said earlier this month. "As we continue to refine our protocols for our eventual return to service, we are cancelling all Disney Dream, Disney Fantasy and Disney Wonder sailings departing through June 2021."

They added that those on affected sailings and who have paid their reservation in full will be offered the choice of a cruise credit for a future sailing or a full refund. Those who have not been paid in full will automatically receive a refund of what they have paid so far. If you booked through a travel agent, contact them directly with questions.