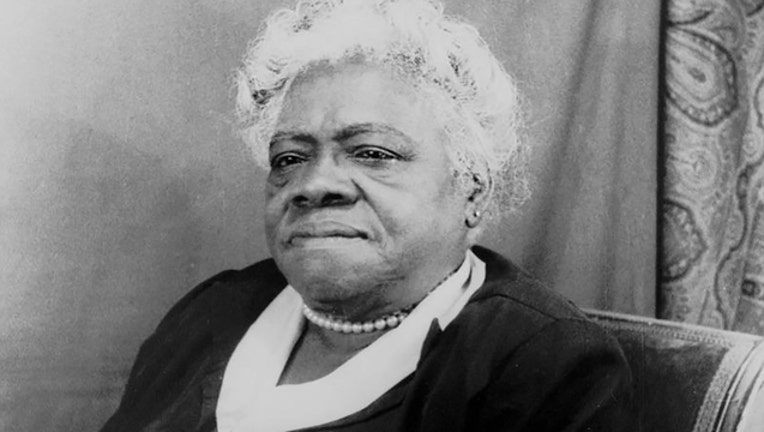 TALLAHASSEE, Fla. (NSF) - Gov. Ron DeSantis formally asked Wednesday that the statue of civil-rights leader and educator Mary McLeod Bethune replace the likeness of a Confederate general as a representative of Florida in the U.S. Capitol.

DeSantis sent a letter to the architect of the U.S. Capitol officially requesting that the Bethune statue be substituted for the one of General Edmund Kirby Smith in National Statuary Hall, a change Florida lawmakers approved last year.

In a press release issued Wednesday, the governor’s office noted his request was made on the 144th anniversary of McLeod Bethune’s birth.

“Dr. Mary McLeod Bethune was an influential educator, leader and civil rights activist who became one of Florida’s and our nation’s most influential leaders,” DeSantis said in the release. “Dr. McLeod Bethune’s statue will represent the best of who we are as Floridians to visitors from around the world in our nation’s capitol. Her legacy endures and will continue to inspire future generations.”

Bethune, who will become the first African-American woman honored by a state in the national hall, founded what became Bethune-Cookman University in Daytona Beach and later worked as an advisor to President Franklin Roosevelt.

Each state is allowed to have two representatives in the national hall. Florida's other representative is John Gorrie, widely considered the father of air conditioning.

The Florida Legislature voted in 2016 to replace the Smith statue, in the midst of a nationwide backlash against Confederate symbols that followed the 2015 shooting deaths of nine African-American worshippers at a historic black church in Charleston, S.C.

Smith was born in St. Augustine but had few ties to Florida as an adult. As commander of Confederate forces west of the Mississippi, Smith was considered the last general with a major field force to surrender. He has represented Florida in the National Statuary Hall since 1922.

The proposal to remove Smith drew opposition from a group called Save Southern Heritage, which was formed in 2015 in response to “knee-jerk Anti-Southern institutionalized bullying.”

Despite agreeing to remove Smith, lawmakers were unable to come up with a replacement during the 2017 session, as the House did not move forward with any of the suggestions from the Great Floridians Program within the state Division of Historic Resources.

A 9-foot marble statue of Bethune is already under construction in Italy, funded through donations to the Mary McLeod Bethune Statuary Fund, Inc., a not-for-profit corporation set up through the Daytona Beach Community Foundation, Inc. and the university that bears her name.

The new work is expected to arrive at the nation’s capitol in 2020.

“This is a proud day for Florida and for the community that Dr. Bethune called ‘home,’ ” Bob Lloyd, chairman of the Mary McLeod Bethune Statuary Fund, said in the governor’s pres release. “We are so appreciative of the support of Governor DeSantis, Bethune-Cookman University and all Floridians who are bringing this great project to fruition.”

The Smith statue is set to be relocated at the Lake County Historical Society and Museum in Tavares as a Florida Department of State exhibition and long-term loan, according to the governor’s office.