There were terrifying moments as a road rage suspect in a black Mercedes shot at a victim off Dean Road. Luckily the man wasn't hit, but his truck and a building were hit. For customers at a nearby gas station, it’s unnerving.

"Little jarring to hear that there are people out there that are trying to hurt others for no reason it seems," said Beau Coit.

Deputies released surveillance of the suspect’s car.  Investigators said the suspect shot at four different people over a period spanning from the end of December to the end of January.

The incident all happened in East Orange County – the first near the Curry Ford Toll Plaza on State Road 417, the second on North Goldenrod Road near East Colonial Drive, a third near State Road 408 and State Road 417, and the most recent along Dean Road.

One man who didn’t want to give us his name said, "I come here to pick up coffee, soda, get a little gas. The park is across the street. The kids play ball there. Something’s gotta be done about it." 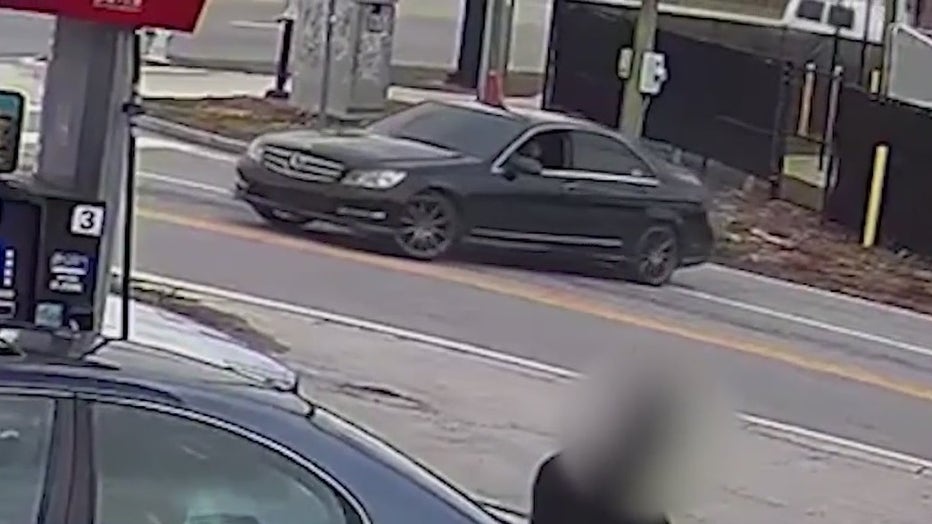 Victims said the suspect in the four-door black Mercedes engaged in road rage and fired anywhere from four to 10 shots during the encounters.

The drivers we spoke to on Friday said they will be on alert.

"Maybe not going out as much," Coit added.

"To hear this, especially, it will put me more on my guard when I drive."