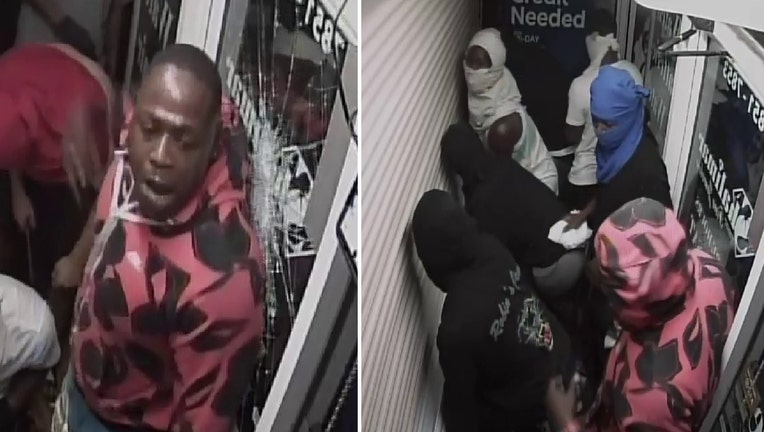 TAMPA, Fla. - Deputies are asking for the public's help to identify multiple looting suspects who broke into a Tampa jewelry store during riots over the weekend.

Investigators said they got away with several thousand dollars' worth of jewelry.

"Our deputies and staff are working very hard to protect the public while people peacefully protest," Sheriff Chad Chronister said in a statement. "Instead, these suspects took advantage of the circumstances, burglarizing the store, and getting away with thousands of dollars worth of jewelry.

"Business owners are already struggling due to the COVID-19 pandemic, and now they are forced to deal with the consequences of people who are looting stores during this difficult time," the sheriff added. "This type of behavior is despicable and will not be tolerated here in Hillsborough County."

Only one of the suspects removed his face covering during the break-in. Anyone with information that may help identify the suspects is asked to call the sheriff's office at 813-247-8200.