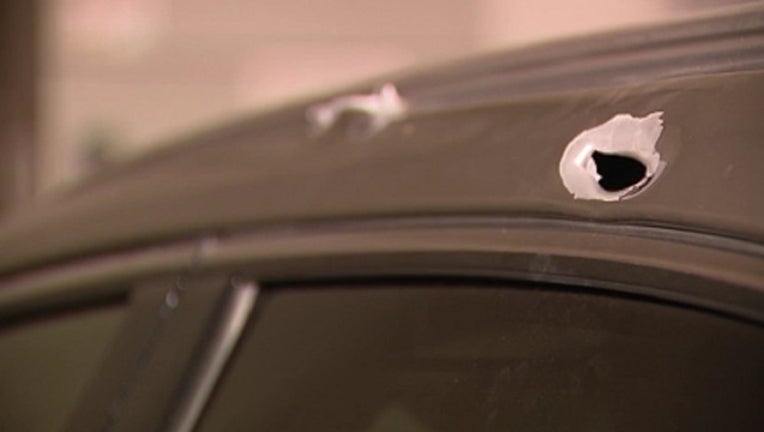 Elena Vinokurov's Lexus SUV has a bullet hole just inches away from where she was driving.

"I was thinking my tire blew. It's why I continued to drive. I didn't stop," Vinokurov said.

Cory High's Honda was hit in the back.

One bullet traveled through the middle seat before getting stuck in the front passenger headrest.

"I hear two loud pops in my car. At first, it thought… we had bought some fireworks for July 4th and maybe a left one in there," High said.

The two confused drivers were actually shot at while traveling down Ronald Reagan Boulevard, near 1st Street Thursday morning.

Both victims say they didn't notice anything out of the ordinary going on.

That's why they never suspected bullets until they pulled over.

"I wasn't scared until I got out of the car, walked around, saw the hole in the back of the car," High said. "Then I'm thinking, ‘Okay, is my adrenaline running? Am I hit?'"

Luckily, no one was injured.

The Seminole County Sheriff's Office was called out to the Altamonte Springs area to investigate.

According to an incident report, deputies found three shell casings on Hayman Street.

They knocked on doors in the neighborhood, but nobody saw what happened.

"I was driving that route for 15 years. That's it. I'm finding my way around it," Vinokurov said.

The drivers say they're detouring around that area for now, as the shooter - or shooters - are still on the loose.