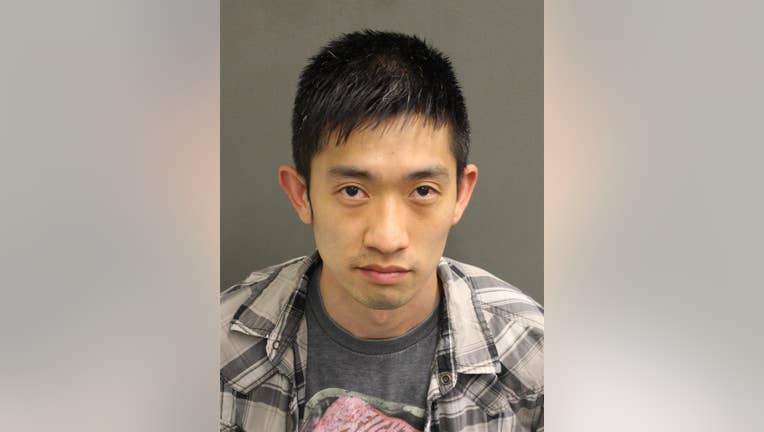 ORLANDO, Fla. - A man was arrested after deputies say he snuck into Disney's Magic Kingdom.

The Orange County Sheriff's Office said that it happened on Sunday, May 23, just before noon.

An arrest affidavit said that the responding deputy was alerted that a male, later identified as 31-year-old Texas resident Johnny Tran, trespassed into the park. A security host saw Tran bypass all points of sale at the entrance of Magic Kingdom. He also is accused of not paying for parking.

Multiple security officers witnessed Tran's actions. One told the responding deputy that he watched Trans walk through the side tunnel near the entrance of Magic Kingdom, go past the point of entry, and through a door that is reserved for ‘cast members only’ to a backstage area, the affidavit said.

He reportedly went on to enter Tony's Town Square restaurant, exited the building, removed his plaid shirt, and walked towards Cinderella's Castle. Witnesses reportedly confirmed to the deputy that the man they saw was Tran. He was escorted to a security office while law enforcement responded.

"Based on the fact Tran passed the entrance to parking without paying for parking, then went to the entrance of Magic Kingdom park, did not pay for admission ticket then walked away from the Guest relations ticket booth, down the walkways towards the Contemporary resort, then went up the berm which was designed to be a barrier, cultivated with foliage, to regulate access to the park, then scaled a fence to gain access to the Magic Kingdom, Tran was arrested for Trespass on property and petit theft," the affidavit stated.