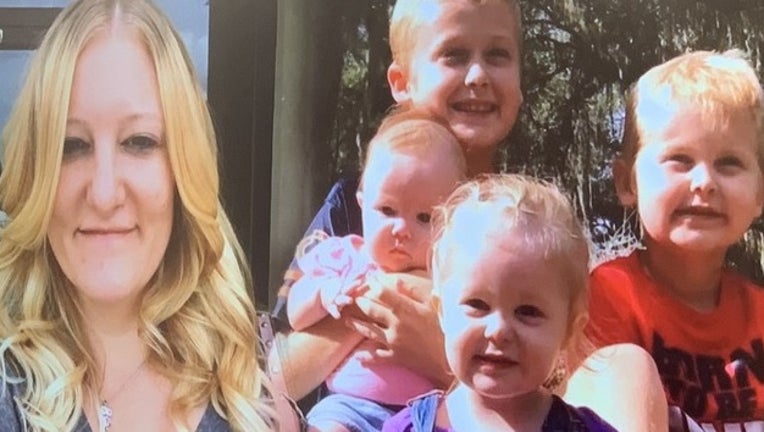 MARION COUNTY, Fla. - The Marion County Sheriff's Office released a 140-page document detailing the gruesome murders of a Marion County mother and her four children. Her husband, Michael Jones, has been arrested in their deaths.

According to the newly released documents, Casei Jones was found in a plastic container inside the van that Jones crashed in Georgia on Sept. 16. Deputies say that the front of Casei's face "was crushed as if she had been struck with a blunt object." The report states that Jones admitted to beating her to death with a baseball bat at their home in Summerfield. The argument was reportedly over Casei accusing Jones of cheating on her.

"He then descibes putting her body in a plastic tote and storing it in the closet. He then attempted to clean everything up as best he could. He states there was blood all over the walls. He stated all four children were in the home at the time."

Cameron Bowers, 10, Preston Bowers, 5, Mercalli Jones, 2, and Aiyana Jones, 1 were all found dead in some woods after the crash in Georgia. Casei's body was still in the van.

The report states that some time after killing their mother, Jones "went into his stepson's room and pulled Cameron off the bed onto the floor and began strangling him with his hands around the child's neck." He then put Cameron's body in a suitcase.

Cameron's brother, Preston, was reportedly sleeping in the bed right next door. Jones reportedly decided to kill Preston the next night by putting a zip tie around his neck and tightening it. The report states he then took Preston into the bathroom and drowned him in the bathtub, then placed his body in a garbage bag.

During this time, Jones told detectives that he used Casei's cellphone to post on Facebook to make it appear she was still alive.

Jones reportedly told authorities that he was served an eviction notice and he packed up the two girls and drove to City Hall in Bellview, Florida. At one point, Jones claims he was going to turn himself in. At this point, the girls were still alive. Jones reportedly drove around for awhile and then decided to go home and kill the girls by drowning them. He placed both of their bodies in a plastic tote bin together, according to the report.

The report states that Jones admitted that part of the reason why he killed the children was because he was "mad at her" and they were related to her. When asked if he wanted to tell the family anything, he said, "Sorry's don't do sh**" and "Florida has the death penalty, so that's good."