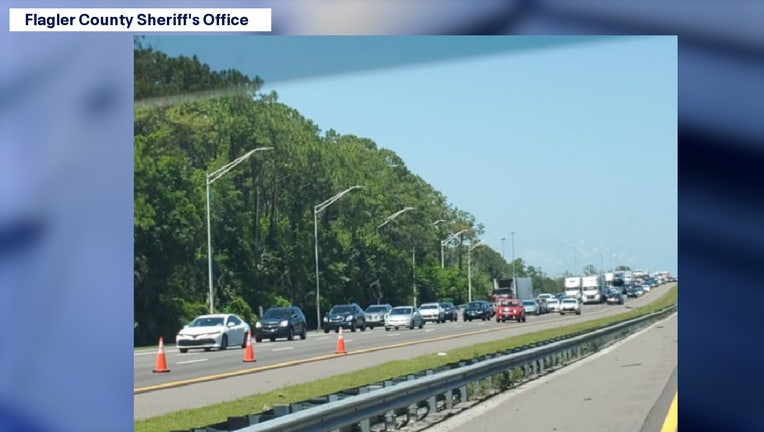 Drivers are being asked to avoid the area as deputies say the lane closures could last hours. Photo via Flagler County Sheriff's Office

FLAGLER COUNTY, Fla. - A deadly crash shut down traffic in both directions on Interstate 95 near State Road 100 in Flagler County on Monday, according to the sheriff's office.

Troopers with the Florida Highway Patrol were called out to the area just after 1 p.m. the FHP said.

The Flagler County Sheriff's Office confirmed that one person was killed in the crash.

All lanes were reopened just before 6 p.m.