RALEIGH, N.C. - The brother of a Chicago Bears player was found dead at a North Carolina electrical substation on Sunday, authorities said.

The News & Observer reports that Tyrell Antar Cohen, brother of running back Tarik Cohen, is believed to have died by electrocution while trying to climb power equipment, according to Wake County Sheriff’s Office spokesperson Eric Curry.

Curry said Tyrell Cohen fled the scene of a car accident in Raleigh early Saturday morning. Police tried to locate the 25-year-old but couldn’t, so they called off the search. 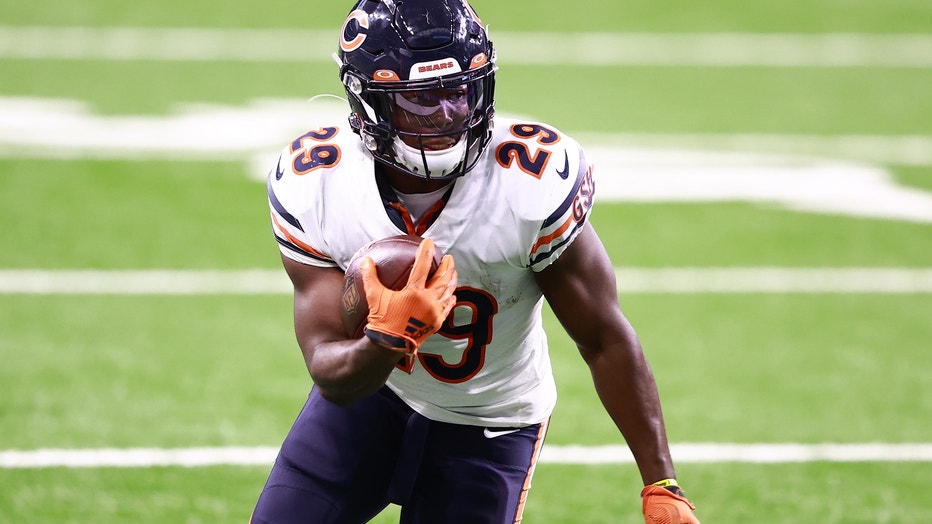 Tarik Cohen #29 of the Chicago Bears runs for a first down during the third quarter of the game against the Detroit Lions at Ford Field on September 13, 2020 in Detroit, Michigan. (Photo by Rey Del Rio/Getty Images)

Cohen’s family filed a missing-person report with the police department Saturday night, according to Curry, and officers started looking for him again Sunday morning.

The sheriff’s office responded to a call shortly after 9 a.m. from a Duke Energy substation in its jurisdiction where an employee had discovered Cohen’s body, Curry said.

"He entered the substation, which may have been resulting from the accident," Curry said, according to the newspaper.

Authorities do not suspect foul play, according to news releases from Wake County deputies and Raleigh police.