BRISTOL, England - A dentist left with “huge blue lumps” in her swollen lips after a filler injection went horribly wrong has issued a stark warning about the dangers of unsafe treatments.

In 2016, after noticing her lips looking "deflated" once she had turned 30, Sarah Najjar, now 34, of Bristol, England, paid $390 to have lip fillers because she admired the "pillowed pouts" they had produced on other people. 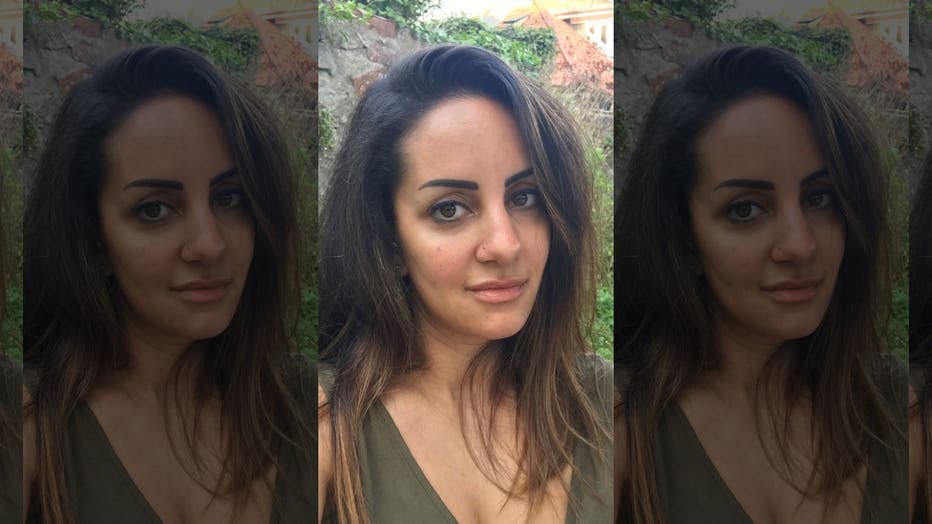 But, to her horror, she was left with swollen, lumpy lips and paid an additional $900 to have the filler dissolved.

While there was no lasting damage, Sarah was so traumatized by her experience that she decided to train in facial aesthetics, so she could safely perform the procedure and spare others from suffering her fate.

“My lips swelled up after I had the filler injected, which I initially thought was normal — but after a week you could see all these huge blue lumps and they felt rock hard," she said. “You could see them when I was talking. I was so self-conscious. I was in shock at what I ended up going through for what I’d thought was a simple procedure." 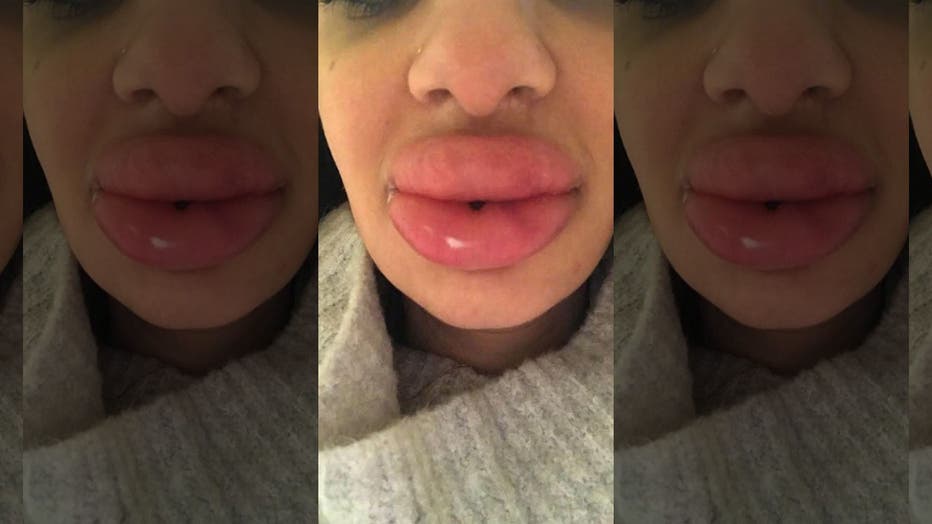 "As a result, I decided to train in facial aesthetics to understand what had gone wrong. But now, I also want to help other people looking to get fillers done to make sure they understand the risks," Najjar said. “I get so many women coming in for corrective work after getting botched fillers, and they always say the same thing: ‘I went somewhere cheap.’ But you have to think, it’s cheap for a reason, and it ends up costing you far more to fix it.”

Najjar did very little research before going ahead and having lip fillers done in 2016 — her first cosmetic procedure — believing it to be a simple procedure.

“I admit I didn’t research it much, which really isn’t like me at all," she said. "But I never got told about the risks or complications that could arise.”

After her appointment – during which one milliliter of filler was injected into her lips – she experienced some swelling, which she assumed was normal.

A week later, though, it became clear that something had gone terribly wrong.

“My lips were very lumpy and uneven, so I went back to the injector who had done them, and they suggested that even more filler would even them out," she said. “Looking back, I know that’s not right now, but at the time, I trusted what I was being told and just wanted it fixed. So, I had another one milliliter injected – meaning I’d had two milliliters in just two weeks.

“I woke up and my lips were more swollen than ever – literally about two-centimeters in front of my face – and rock hard," she said. “I had to go into work and my manager was really shocked, asking me what on earth had happened.”

Thankfully, the swelling eventually eased, but Najjar said that her lips were lumpier than ever.

“I was having to massage my lips to break the filler down," she said.

With a family wedding approaching, and wanting to ensure she looked presentable, Najjar had no choice but to find a dermatologist who could help reverse the damage.

After researching extensively, she found a specialist who was able to inject her with hyaluronidase — a family of enzymes that can break down hyaluronic acid, the ingredient used in most lip fillers.

“That cost me ($900) – more than double what I’d paid for the original fillers,” she said. “I did have a slight allergic reaction to the hyaluronidase and my mouth swelled, but I was given antihistamines. I actually had the appointment on Christmas Eve, so it was amazing they could see me, as I assumed the doctor would be closed or very busy. I was under review for two days after that and, thankfully, my lips began returning to normal.”

Shaken by her experience, Najjar decided to take a course in facial aesthetics herself on London’s renowned Harley Street.

Now, after becoming officially trained and qualified to perform injectable filler procedures, she works at a dental practice in Bristol, where she uses her own experience to make sure patients fully understand the potential risks.

“I was never told about risks or complications, so I want to make sure that the patients who come to me understand exactly what will happen before I put that needle in," she said. “If you don’t explain to them that there may be complications, and that hyaluronidase, which they would need to dissolve the filler, is very expensive – plus there is currently a shortage in many parts of the world, so not every doctor has easy access to it – then you are leaving them vulnerable.

“The NHS shouldn’t have to be dealing with people going to [emergency rooms] with complications like occlusions, when blood vessels get blocked, but the difficulty is that people aren’t told the risks and so don’t know what to do," she said. “It’s also really important to give people a cooling-off period, so they have 24 hours to go away and think about whether, now they have all the information, they actually want to go ahead. It’s not right to do it there and then, as they can feel pressured.”

Najjar has expressed concern about the rise in people with no medical training injecting filler into their clients.

According to a 2017 statement by the British Association of Aesthetic Plastic Surgeons (BAAPS), dermal fillers remain unregulated in Britain, meaning “anyone wielding a syringe can order them off the internet” and the procedures are often performed in unsterile, non-clinical environments.

An internal survey by BAAPS of their membership – also conducted in 2017 – found that four out of five surgeons have recorded a rise in requests to fix botched procedures, with nearly a third stating that the original work had “clearly been carried out by someone with dangerously inadequate training.”

Keen to combat the amount of people turning to unqualified people for such cosmetic work, Save Face now provides a national register of accredited practitioners of non-surgical cosmetic treatments recognized by the Department of Health, NHS England and the Care Quality Commission.

This enables prospective patients to check whether their practitioners have specialist training and use licensed products from reputable suppliers.

“It’s worrying, the amount of unqualified people now doing dermal fillers," Najjar said. "Beauticians don’t necessarily go through proper medical training – they just learn from each other – and can’t prescribe medication if need be, or deal with complications. Make sure ask to see to a practitioner's portfolio so you have an idea what their work is like and what to expect of the treatment."

“Doctors and dentists train for years and years, yet there are people going on one-day courses claiming to be able to do the same thing," she said. “When they’re charging low fees for work too, you have to ask yourself why. How cheap is the filler they’re using? You can easily buy it online for as little as ($45) a milliliter — and that’s not something I’d put in my own face, let alone my patients.”