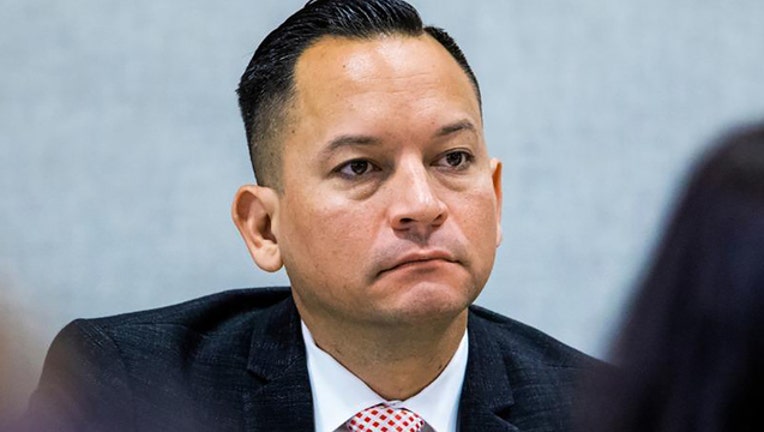 In a letter to Oliva sent Monday, Omphroy said she was “bullied, threatened, and verbally assaulted” Saturday by Smith, an Orlando Democrat who was first elected in 2016.

“As I write this letter, there still looms the serious possibility of retaliation and attacks on my person, creditability, and/or my ability to effectively legislate,” wrote Omphroy, who also posted the letter on Twitter.

Oliva directed the House’s general counsel, Adam Tanenbaum, and Allison Deison, the director of House administration, to contact both Democrats.

“They will initiate the first steps of our workplace harassment procedures and complete investigation into this matter,” Oliva, R-Miami Lakes wrote.

According to Omphroy, Smith approached her “in a threatening and aggressive manner” while she was seated at a table with others and “kneeled directly in front of my legs,” forcing her to “readjust” her attire.

Smith “pounded his hand and lashed out at me with a barrage of offensive verbal assaults” and trapped her by positioning himself in front of her, Omphroy wrote.

“This bullying and demoralizing behavior must be addressed by you. Rep. Guillermo Smith’s behavior was a show of dominance over me as a woman. This behavior against women must stop,” she wrote to the speaker, asking Oliva refer the matter to the House Public Integrity & Ethics Committee “for a full investigation.”

Omphroy said she expects Smith, an avid Twitter user, and his supporters to attack her on social media “because of my decision to speak out,” and that “others have urged me to handle this matter quietly.”

But she said she is refusing “requests to silence the voice of women against such abuse.”

“For years, women have been asked to overlook being bullied for ‘the greater good.’ No woman should suffer mental anguish or emotional distress from anyone, regardless of the abuser’s political affiliation, race, or sexuality,” Omphroy, who is black, wrote.

In a string of Twitter posts Monday, Smith, who is gay, conceded that he and Omphroy had what he called a “tense conversation about an important issue to both of us.”

But, he added, “the details in her letter are simply false + did not occur.”

Smith said he “walked away from the exchange, which happened in a public space in front of multiple elected officials with a completely different understanding, which is why I was stunned and confused by her letter.”

The Orlando Democrat said, “I respect her + care about how we talk about these important issues together as colleagues,” adding that he had reached out to Omphroy and Oliva “to have this dialogue” and that he hopes “she is interested in doing it in a constructive way.”