Residents in Daytona Beach Shores got quite the surprise on Saturday after heavy hail fell from the sky.

"Never, never, never in 46 years have I seen the amount of hail that fell in such a short period of time," Michael De La Osa said.

De La Osa stepped outside his home in Daytona Beach Shores to snap photos. He said the hail clogged the drain on his street, causing it to flood.

"It was coming down really hard," De La Osa said. "Really, really hard. Gutters got clogged. Ice was shooting off the gutters."

Residents in Daytona Beach were surprised by a hailstorm that blanketed small areas with what looked like snow.

People tell FOX 35 it started hailing around 11 a.m. and lasted about 20 minutes. It caught them off guard.

"It looked like a scene from up north," Sheila Duncan said. "It was very shocking."

Sheila Duncan owns Wow Factor Interiors in Daytona Beach Shores. She said she was inside at the time of the storm. She said it scared her. 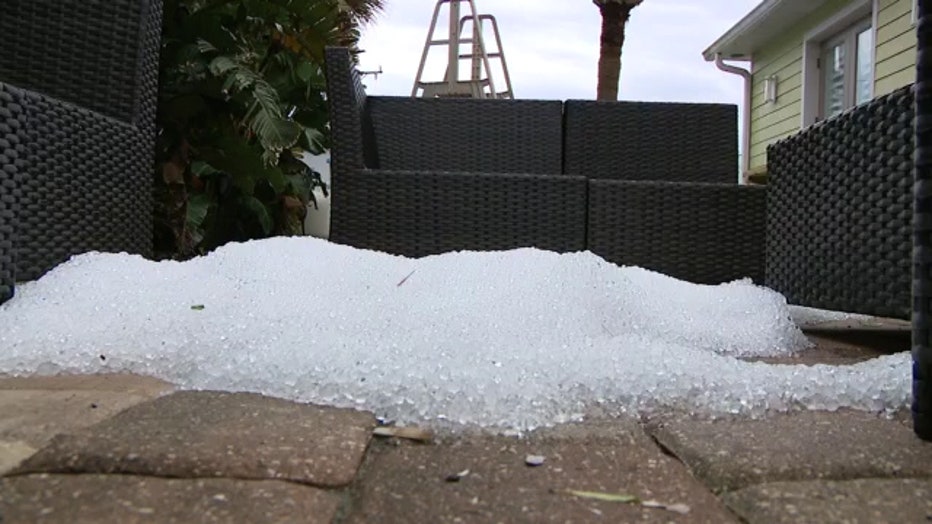 De La Osa said it all happened so suddenly, there was no time to prepare.

"At that point, it was just a matter of letting Mother Nature do what she has to do," De La Osa said.

There were no reports of any major damage.