Construction crews have been putting the finishing touches on the Buc-ee’s at the northeast corner of LPGA Boulevard and Interstate 95.

DAYTONA BEACH, Fla. - Anticipation has been building since the Texas-based convenience store chain -- Buc-ee’s -- announced it was coming to Daytona Beach.

On Monday, the store will open to the public.

Construction crews have been putting the finishing touches on the building at the northeast corner of LPGA Boulevard and Interstate 95.

Cindy Ferrera runs an insurance company nearby. She’s ready to see what all the hype is about.

"We’re all so curious because the store is as big as a Publix so we’re just trying to figure out what they have in that store. It's really kind of exciting," she said. 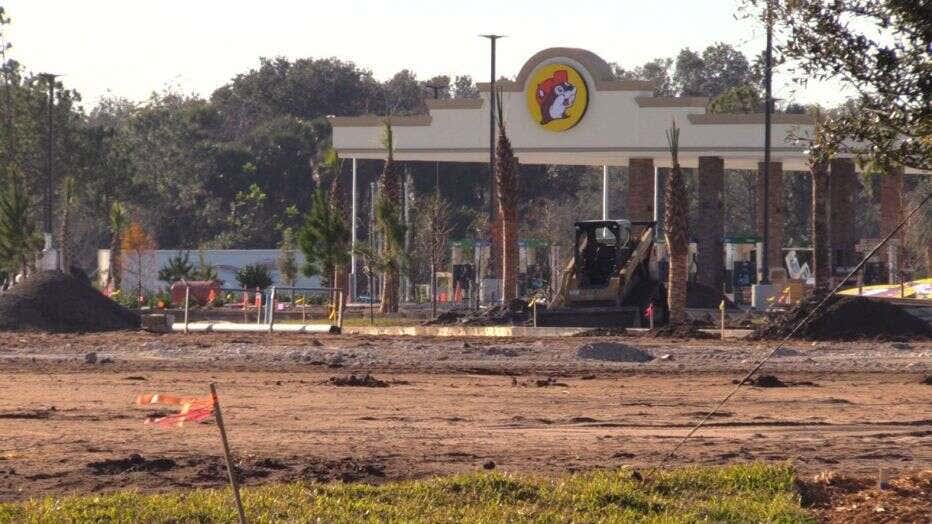 The gas station and convenience store is praised for their food, clean bathrooms, and friendliness.

Governor Ron DeSantis was at the groundbreaking ceremony last year.

Buc-ee's said that the new location will be a 50,000 square-foot travel center with 120 fueling positions and thousands of snack and food options, including Texas barbeque, homemade fudge, kolaches, Beaver nuggets, jerky, and fresh pastries.

"We're excited to break ground in Daytona Beach and provide people with a world-class option for their travel needs along the highway," said Jeff Nadalo, of Buc-ee's.

The governor and local leaders believe Buc-ee's will be a major boost for Volusia County. The company hired hundreds of workers, with pay starting between $14 to $15 per hour. Full-time employees are offered full benefits, 401k, and three weeks of vacation.

Buc-ee's has an extensive selection of sweet snacks, but folks love their brisket and beef jerky. Their Texas stores are said to bring in 100,000 customers a week, with many making it a destination amid their travels.

Be sure to watch Good Day Orlando on Monday when our own David Martin reports live from the new Buc-ee's!