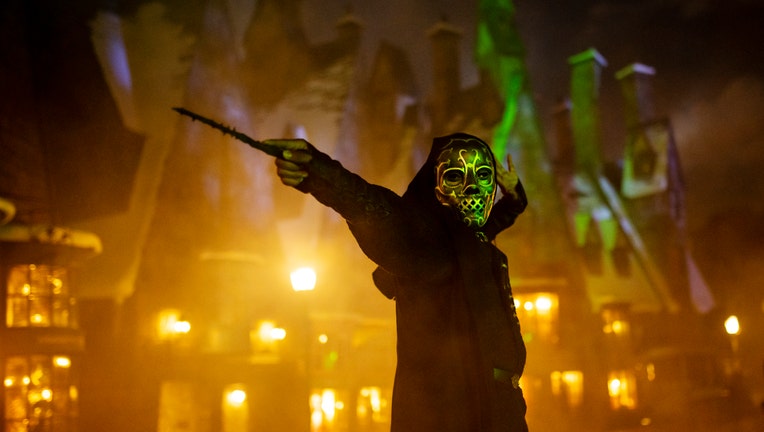 ORLANDO, Fla. - Prepare to be scared by Death Eaters during your next visit to The Wizarding World of Harry Potter – Hogsmeade at Universal Orlando Resort.

Park officials said they will roam the streets beginning this weekend for the return of Dark Arts at Hogwarts Castle.

With projection mapping, special effects, lighting and more, moments and creatures from the Harry Potter films will come to life on select nights starting Sept. 16 through Oct. 31 from dusk until the park close in Universal’s Islands of Adventure.

When darkness falls, park guests "will come face-to-face with Death Eaters – devoted followers of Lord Voldemort known for their allegiance and practice of the Dark Arts – as they appear and eerily roam and lurk throughout Hogsmeade," Universal Orlando said in a news release.

Then, Dark Arts at Hogwarts Castle will unleash sinister creatures including Dementors and Mountain Trolls on Hogwarts castle until a "Patronus – the result of a powerful defense charm of concentrated happiness and hope – is produced."