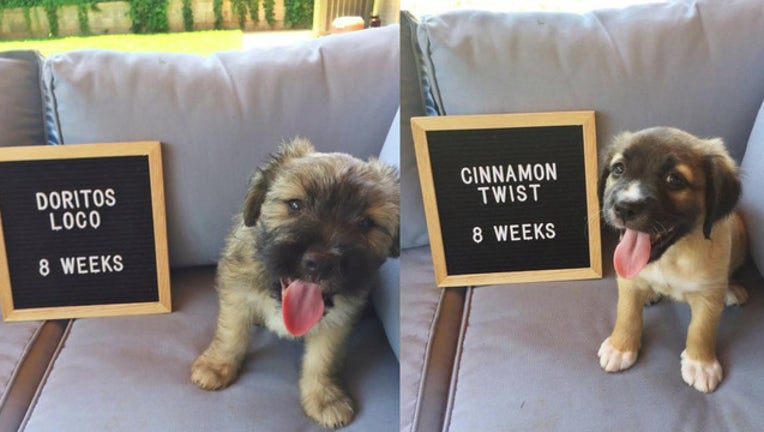 On July 23, Ally Turley Young took to Facebook to share the "tail" of a terrier that she and her husband, Steven, began fostering a few months ago. The couple was surprised to learn that the dog – rescued from the kill list – was pregnant, Fox 25 reports. The Youngs soon became pet parents to a litter of nine puppies.

"We had nicknamed our foster Taco Belle (because why not) so naturally each baby was named after a Taco Bell menu item," Ally wrote on Facebook. "Sadly one of the little pups didn't make it, but the other taquitos are now ready to find their furever homes."

In the days since, the sweet adoption announcement has since gone viral online, with the woman's post racking up over 38,000 comments and 31,000 shares to date.

Ally reports that while Chalupa, Quesarito and Fiesta Potato have already been adopted, Cinnamon Twist, Crunchwrap Supreme, Doritos Loco, Gordita and Bellegrande are in need of loving homes.

The adoptions are being coordinated through Country Roads Animal Rescue in Oklahoma City.

Reps for Taco Bell did not immediately return Fox News' request for comment on the Tex-Mex naming inspiration.

CHECK FOR UPDATES ON FOXNEW.COM