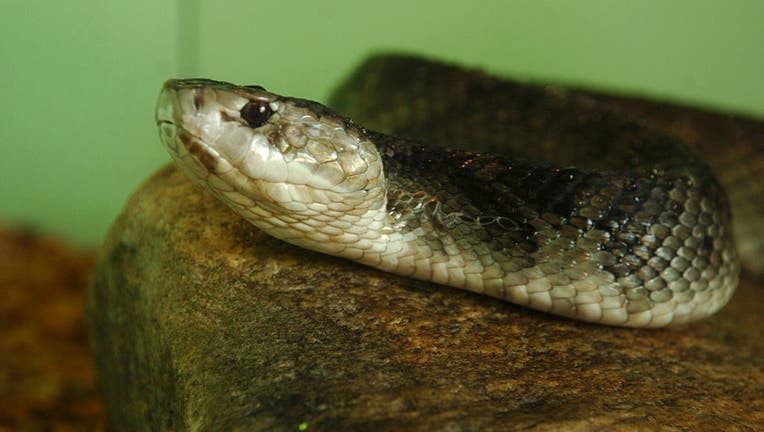 If there is any time of year when snakes aren't a worry in Florida, summer should be it. Pictured is a cottonmouth or water moccasin. (Photo by Ed Sackett/Orlando Sentinel/Tribune News Service via Getty Images)

A cottonmouth snake made a meal out of a Burmese python – and Zoo Miami has the X-ray to prove it!

"You may have heard in the news about the bobcat that was documented stealing and consuming eggs from an invasive Burmese python in the Everglades. But, that isn’t the only native species that is fighting back!" the zoo wrote in a recent post on Facebook. 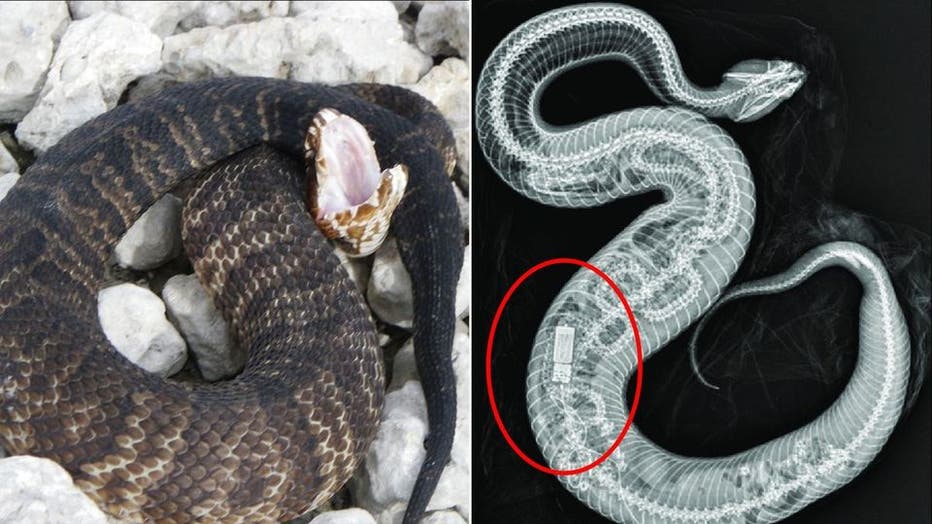 The zoo explained that the python with a tracking transmitter implanted by surgeons at Zoo Miami was recently found inside the native cottonmouth, also known as a water moccasin.

"You can see the spine and the transmitter of the python inside of the cottonmouth on this X-ray."

The meal was reportedly consumed in Big Cypress National Preserve in June 2021.

Viewers on social media were stunned.

"Haha the native species are fighting back."

"Look at this craziness!"

Some were wondering if the cottonmouth was able to pass the transmitter. According to one commenter, it did and the transmitter was recovered a week later.