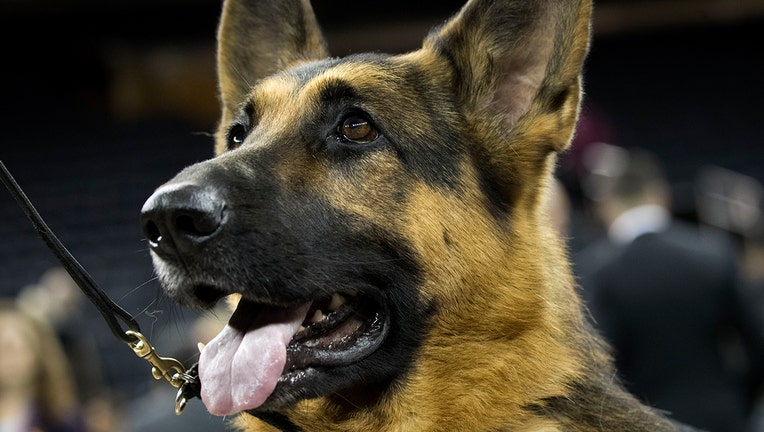 NEW YORK - A German shepherd in New York has officially become the country’s first dog to test positive for the novel coronavirus, a federal agency said this week.

The United States Department of Agriculture (USDA) on Tuesday announced the German shepherd is the first dog to test positive for SARS-CoV-2, the virus that causes a COVID-19 infection. The dog, which is expected to make a full recovery, was tested after “it showed signs of respiratory illness,” per a news release from the USDA.

“One of the dog’s owners tested positive for COVID-19, and another showed symptoms consistent with the virus, prior to the dog showing signs,” officials said, noting that a second dog in the household tested positive for coronavirus antibodies, suggesting it was likely exposed to the novel virus despite the fact it has not shown signs of illness.

A private veterinary lab first tested the German shepherd, resulting in a presumptive positive. The USDA’s National Veterinary Services Laboratories (NVSL) later confirmed the results with its own test.

“While additional animals may test positive as infections continue in people, it is important to note that performing this animal testing does not reduce the availability of tests for humans,” officials noted.

The news comes after a pug in North Carolina was initially suspected to be the country’s first positive COVID-19 case in a canine after researchers with Duke University tested it as part of a study. But the NVSL “was unable to verify infection in this dog,” Joelle Hayden, a USDA spokesperson, told The New York Times.

There have been other reports of canines testing positive for the virus, such as a separate German shepherd in Hong Kong. Two pet cats in New York have also been infected, while a tiger at the Bronx Zoo tested positive for COVID-19 in April.

However, “there is currently no evidence that animals play a significant role in spreading the virus,” the USDA said in the news release, echoing a similar sentiment from the Centers for Disease Control and Prevention (CDC).

RELATED: What will change when Florida enters phase 2 of reopening on Friday?

“Based on the limited information available, the risk of animals spreading the virus to people is considered to be low. There is no justification in taking measures against companion animals that may compromise their welfare,” the USDA added.