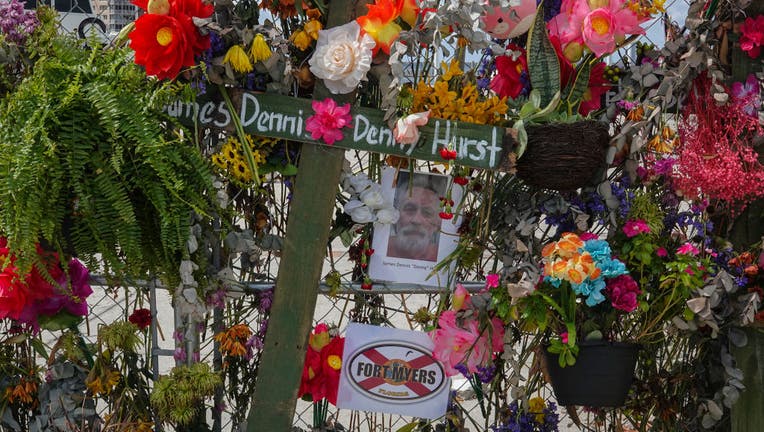 A memorial wall photographed Saturday, October 15, 2022 was started recently in Fort Myers, Florida in Centennial Park for those impacted by Hurricane Ian. At least 54 people in the county died in storm-related deaths when Ian made landfall outside F

TALLAHASSEE, Fla. - Medical examiners have confirmed 114 deaths from Hurricane Ian, with nearly half of them in Lee County, according to information released Friday by the Florida Department of Law Enforcement.

The 114 death total was up from 112 on Thursday. Lee County, where the Category 4 storm made initial landfall Sept. 28, has had 55 confirmed deaths, the information said.

The data also showed that 569,209 claims had been reported as of Friday, up from 564,399 claims on Thursday and 553,242 on Wednesday. Of Friday’s total, 397,823 claims involved residential property, while other claims involved such things as commercial property and auto damage.

The Category 4 hurricane made landfall Sept. 28 in Lee and Charlotte counties before crossing the state.