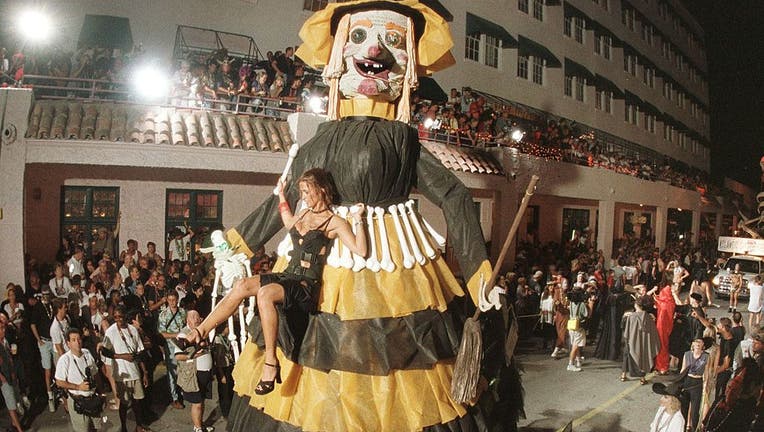 KEY WEST, FL - OCTOBER 31: Held in the clutches of "The Flying Bitch of Duval Street," Marcia Marinez of Key West is carried during the Key West, FL, Fantasy Fest Parade 31 October. The culminating event of the 10-day Fantasy Fest costuming and maski

KEY WEST, Fla. (AP) - Fantasy Fest is kicking off in Key West, Florida, on Friday with a full slate of events for the first time since the COVID-19 pandemic started more than two years ago.

"Due to the COVID pandemic, this will be the first full Fantasy Fest since 2019," Fantasy Fest board chair Steve Robbins said. "So I know our guests and staff are excited about getting back to the real Fantasy Fest."

Dozens of themed events are set for the festival, including a nighttime parade featuring floats and elaborately costumed marching groups on Oct. 29. Participants are encouraged to draw costume ideas from the festival theme, "Cult Classics & Cartoon Chaos," portraying characters inspired by favorite cartoons and television or film productions with a cult following. 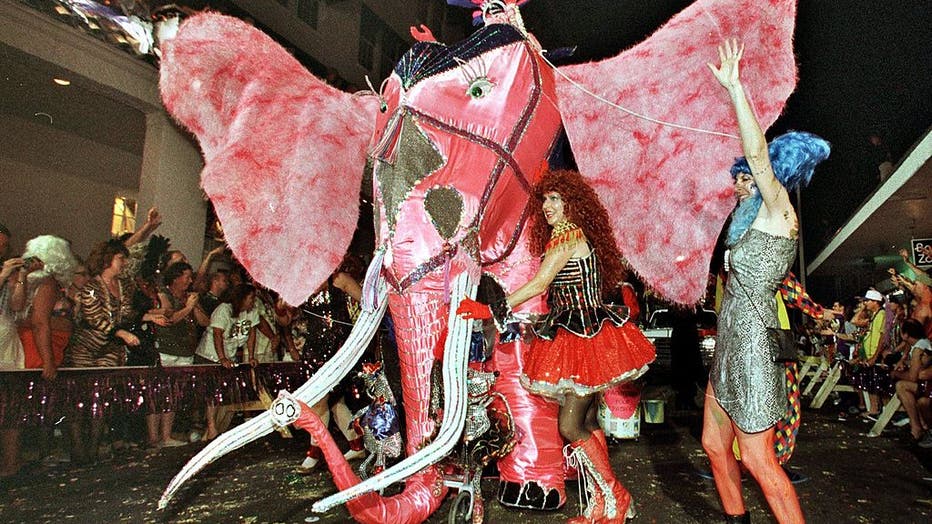 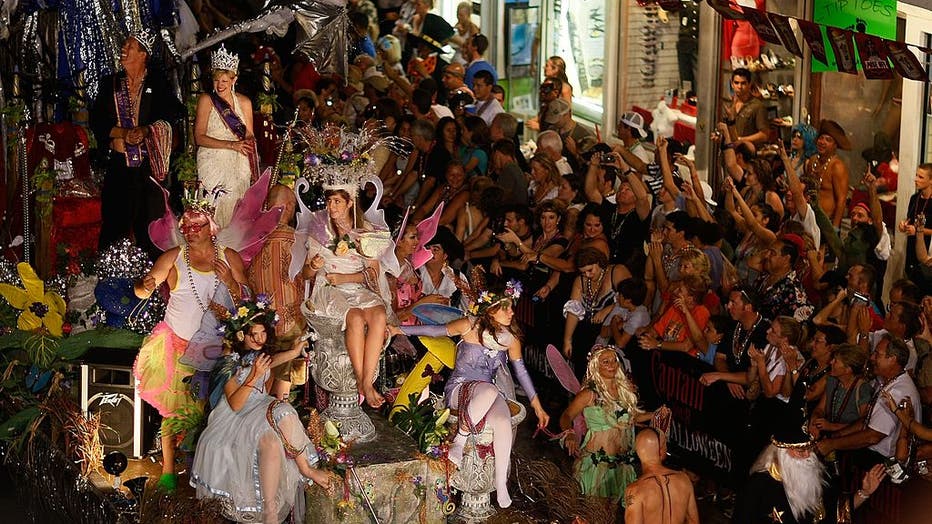 Events begin Friday with a Royal Coronation Ball to crown the festival king and queen, following a campaign that awards royalty to the two individuals who raise the most money for AH Monroe, a Keys-based organization providing care, housing and education for HIV patients.

Key West’s Caribbean roots are celebrated this weekend with a Goombay street party in historic Bahama Village. Thousands of locals, costumed as zombies, are to participate in Sunday’s Zombie Bike Ride. 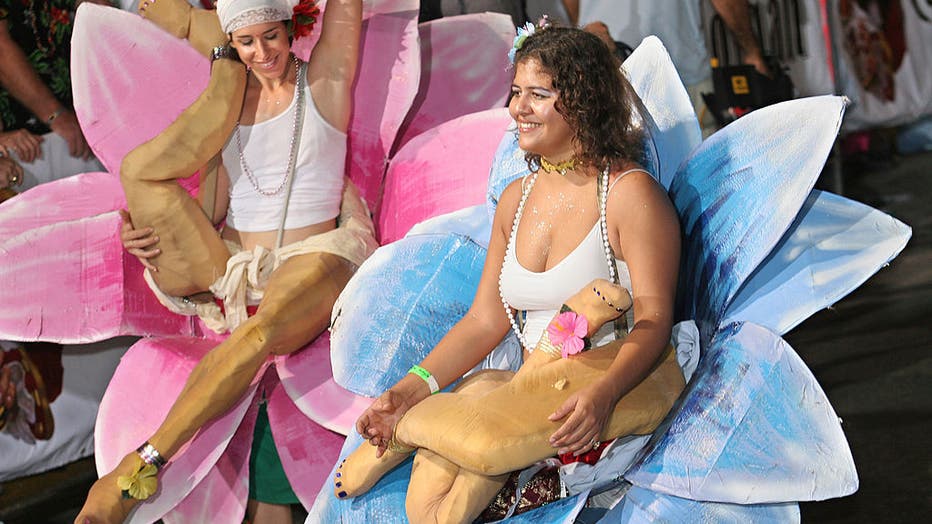 Initiated in 1979 as a way to bolster tourism revenues during a typically slow fall, Fantasy Fest accounts for some $40 million in economic impact, according to Keys tourism officials.

"Having a full-fledged Fantasy Fest also supports many not-for-profit organizations," Robbins said. "But it’s certainly a boost to our hospitality industry."