In the wake of Kobe Bryant's death, fans are clamoring to get his memorabilia.

ORLANDO, Fla. - A Kobe Bryant fan shared a picture of himself at around the age of 12 with Kobe Bryant at the downtown Marriot after he and his brother begged their mom to take them to the team’s hotel when the Lakers were in town playing the Magic. Eric told FOX 35 News that he had hoped to meet Kobe.

“There he was. He came over. He didn’t have to. He took his time. He took pictures, signed basketballs, cards, figurines... He just went above and beyond and was just a super, super nice person,” Eric said.

“The reason it means the most to me, it’s the iconic Kobe going around the back putting it in the hoop. His autograph on it is so clean with the K the 8 before the number change. It’s one of his rookie cards. It’s just one of the most beautiful cards I’ve ever seen,” Eric said. 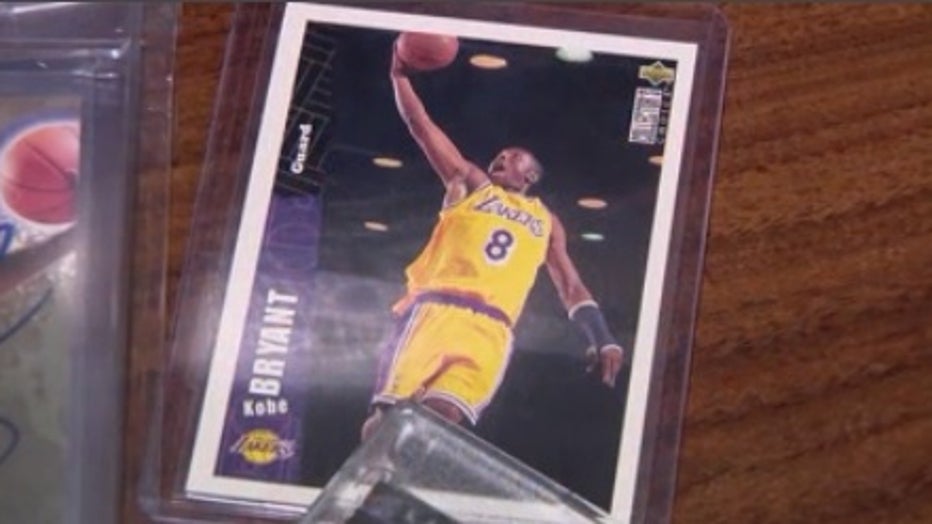 Just a few weeks ago, Eric started preparing for Kobe’s upcoming induction into the NBA Hall of Fame, sending off some of his duplicate cards.

“As a collector, you prepare for these things to get out in front of it have cards ready, authenticated, graded right now,” Eric said.

The going rate on Kobe Bryant memorabilia is now skyrocketing because of the tragic helicopter crash Sunday morning.

“Same card. $120 and $50. People are putting up numbers and seeing what sticks,” Eric showed FOX 35 News while scrolling through an online auction page.

Signed basketballs and jerseys are going for even more.

He understands why people want a memento from Kobe’s legendary career.

That’s why he’s not letting go of those collectibles he had autographed more than 20 years ago.

“Priceless memories and I’ll hold onto these for the rest of my life,” Eric said.